Now that all the neighborhood galleries have fled to Chelsea, one of the few places that you can still count on to view art is developer Aby Rosen‘s Soho condo development at 350 West Broadway.

Mr. Rosen outfitted the lobby and model unit of the high-end seven unit building with paintings from his own private collection. In the midst of a recession, not even staging the space with valuable art and sculpture was enough to move the pricey units. But what a difference a few years and a $6 million discount make: the penthouse, which was last asking $20.65 million, is now in contract.

The 5,912-square-foot penthouse, which first hit the market for $26 million back in 2009, is the kind of sleek, pared-down space that the first few waves of Soho gentrifiers would probably have felt a little too self-conscious to embrace. There is no rough hewn or reclaimed wood, no slightly scuffed floors, no exposed brick or slightly-off kilter layouts of the neighborhood’s converted lofts. No, this is a building of glass and “champagne aluminum,” fumed oak floors, Vermont Cold Spring Granite and lacquered wall panels, with interiors by William T. Georgis.

It’s been a face-saving fall for Mr. Rosen, who also had his townhouse at 22 East 71st Street go into contract after four full years on the market. That one also saw a price cut—with a contract reportedly signed for $47 million, a steep discount from the $75 million that Mr. Rosen was asking when the unit hit the market.

Four other units at 350 West Broadway have also closed, according to Streeteasy, leaving the now-in-contract penthouse and the floor-throughs on the sixth and seventh floors (currently listed for $8.2 million and $8 million). Corcoran Sunshine, which is handling the sales and marketing for the development, did not return a request for comment.

As we’ve noticed lately, many of the condo conversions that hit the market in the days, weeks and months before Lehman are now disappearing from the market at a respectable rate. Although most are not commanding the optimistic figures they tried and failed to get in headier times.

The buyer of the duplex penthouse (let’s hope it’s not 350 West Broadway LLC or somesuch when the sale closes) will get a three-bedroom, 4.5-bath condo with 360-degree views (until the next building project comes along, that is) and a huge rooftop terrace structurally reinforced for a “future Jacuzzi or substantial art piece.” Why not add both?

“Bill Georgis is one of the best out there right now. It’s nice to see his design work affirmed,” said Donna Olshan, of the eponymous boutique brokerage, when we called her to chat about the impending sale. Ms. Olshan also noted that Mr. Georgis did the interiors for another Rosen project at 530 Park, which is selling briskly right now.

Sales are booming in waning days of 2012, she added, with 16 contracts as of Thursday morning, six of them above $10 million.

“The market is doing very well this month in the face of the fiscal cliff,” Ms. Olshan said. 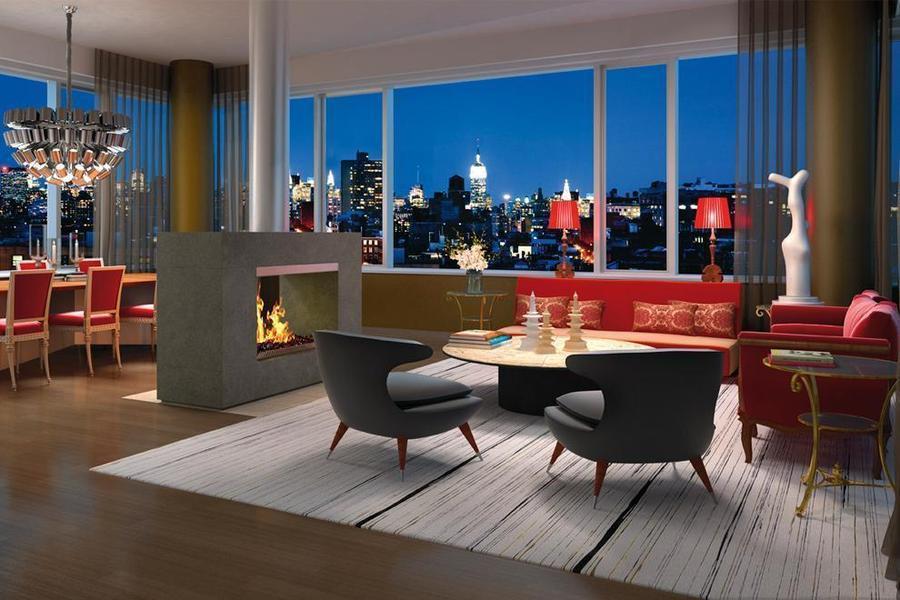