I gave up on New Year’s resolutions years ago. Keeping them is futile, which leaves me defeated by the end of January and more despondent than necessary during the already dark winter months. So rather than, say, stopping smoking, which would only lead to added stress this year—my 12th in the city—I have chosen to address certain less intractable behaviors. And, rather than eliminating them entirely, I will attempt modest improvements that will make me a healthier, less aggressive person—and perhaps a better New Yorker. I propose the following:

1. Human Obstacles
I resolve to be patient when blocked by slow walkers, regardless of the size of the total human blockage or the number in their group. I will consider that they might be stricken by afflictions or ailments that are not outwardly apparent. Perhaps they are unemployed and have a lot of extra time, or are not blessed with long legs.  (Though, on my own short legs, I manage to move quickly and efficiently.) Even so, I will not follow at an aggressively close distance, nor will I drop hints by accidentally stepping on their heels. And, should  I manage to maneuver around the human obstacle, I won’t allow my purse to swing out and carelessly whack the obstruction. If someone stops abruptly in front of me, I will not bump into them “unintentionally” or mutter  false apologies. Instead I will calmly wait for an opportunity to pass, whether it is the obstacle’s decision to turn into a deli or the appearance of  a wide doorway that extends the sidewalk’s width. And when I do pass, I resolve to do so without glancing over my shoulder and giving the obstacle a dirty look.

2. Dining Behavior
I resolve not to eavesdrop on others people’s conversations, even in restaurants, where—staring at my dinner companion across a table no bigger than a chess board—I am often sitting closer to these other people than to the person I came to see. I will maintain this resolve even if there is only a crack of air separating us from the tables to our left and right—purses and hips crushed together if it’s bench seating—and even if they are so close that when getting up to use the restroom I have to squeeze through the tables sideways, my butt cheeks brushing strangers’ breadbaskets. In spite of this proximity, I will try not to listen to their conversations more carefully than my companion’s. Nor will I become absorbed in trying to guess how long they’ve been dating, the nature of their relationship, whether it is in its peak or in decline, or who is more emotionally involved. If their dialogue turns to pop culture, I most certainly will not jump in and give my opinion of the movie they’re considering or recommend a better restaurant—even when their discussion is more engrossing than the one I’m supposed to be having with my guest.

3. Deli Protocol
I resolve to always have a supply of milk, coffee, sugar and toilet paper in my apartment at the same time, rather than having milk but no sugar, coffee but no milk, or milk but no toilet paper, forcing me to take trips down and back up five flights of stairs five times a day. I will do this even if it means thinking ahead. I will buy in bulk, choosing full gallons of milk rather than quarts, regardless of how the bags of groceries strain my arms, nearly pulling them out of their sockets when I carry them up the stairs, and despite the fact that gravity is seemingly multiplied by the number of bags, and that their handles create a series of red, indented bracelets around my wrists that will take over an hour to fade.

4. Neighbor Relations
I resolve to be a more personable neighbor, saying “Hi” when I pass my fellow apartment-dwellers in the hall, even though they don’t often say “Hi” back, which makes me feel strangely rejected and creates an uncomfortable silence in our very narrow hallways. I will no longer pause extra long at my mailbox to avoid contact in the stairwells, and if someone is behind me on the stairs, I won’t eagerly hope each floor is his or her final destination. The exception is the guy on the fourth floor, who comes home drunk and reintroduces himself to me again and again when we cross paths. At least he says “Hi,” even though he thinks he’s meeting someone new each time.

I will try to be nicer to the sorority girls whose daddies pay for their apartments, and the rent-controlled tenants, who you’d think would be friendly, judging from the decorative wreaths on their doors, but who actually are not. I will make small talk with my next-door neighbors, a gay male couple, with whom I share an entire wall of a railroad apartment and thus much, much more. Since I can hear their every move and most conversations between them—and I’m sure the opposite is true—I feel I know them, yet they rarely say “Hi” and seem almost irritated when I do.

5. Brooklyn
I resolve to accept more dinner invitations in Brooklyn, regardless of how far away the neighborhood, or its sketchiness. This in spite of the fact that this sometimes requires a 15-minute walk, a subway ride, and then another 15-minute walk. Even if it’s in Greenpoint, unarguably the borough’s most difficult-to-reach neighborhood, which requires an additional bus with an infrequent schedule. No matter the weather conditions, I will not devise a creative excuse, then cancel at the last minute via text message. I will not grow annoyed as I stand in the subway station craning my neck in search of trains that never come. And no longer will I closely monitor the time taken door to door, placing me in a foul mood before I even arrive. Nor will I blurt out the ungodly length of time it took to the host immediately upon crossing the threshold or follow this with a lengthy description of the indignities of the trip.

6. Window Usage
I resolve to no longer linger by the window for hours, throwing cigarette butts from the fifth floor onto the busy street below, especially when  the butts are still lit. Although I enjoy this form of free entertainment, I will refrain from sitting by the window with my husband drinking wine, shouting out at people who are in the middle of late-night confrontations, and then ducking down and giggling hysterically as confusion sets in and the argument escalates. When people stumble out of the bar below at 2 in the morning, loudly discussing the best place to catch a cab, I will not yell “You talkin’ ta me?” in a bad Robert De Niro impersonation, and I will discourage my husband from doing so as well.

7. Umbrella Etiquette
I resolve not to steal any umbrellas this year from stores, restaurants, the backs of cabs or office buildings, regardless of the density of the downpour, or the size and frigidness of the drops themselves. Despite what it will do to my hair. Despite the fact that I will need it as a weapon to guard my personal space and protect myself from getting poked in the eye by larger umbrellas. Instead I will remember to bring an umbrella from home when skies threaten rain, and when I do remember, I will not talk myself out of carrying it even though it will knock around and bounce against my thighs as I walk. Nor will I be deterred by the reality that this $4 umbrella will hardly be effective if it does rain, especially if it’s a light but persistent mist or a sideways gale that will leave it an inverted and mangled mess. And when that happens, I resolve not to steal a better-quality one at the nearest public place after chucking the twisted metal web into the nearest corner trash can, on top of a pile of others.

8. Personal Belongings
I resolve to keep all items carried with me on my person at all times this year, even when bar-hopping, and even in the dead of winter when there are many more accessories to keep up with. I will not lose a single cellphone or leave behind a single credit card and I most certainly will not leave a scarf, a glove, a hat, a cell phone and a credit card all behind in a single evening. I will also try not to get separated from my purse at crowded house parties, resulting in me spending hours digging through mountains of coats on the bed, and then disturbing the host—and the party-goers—as I crawl under feet in a crowded room to look under chairs and tables until the purse is finally rediscovered, usually in an obvious place.

9. Reassessment
As I contemplate incorporating these resolutions into my daily routine, it occurs to me that the more I keep them the less of a New Yorker I become—after all, a good New Yorker isn’t necessarily a real New Yorker. So if and when these resolutions don’t result in the desired relaxed state of mind and overall mental well-being—due, of course, to circumstances beyond my control—or if the code of conduct results in boredom (refer to numbers 2 and 6) that makes the winter unbearable, or if,  instead of positive effects and increased wellness, they result in built up rage (refer to numbers 1, 4, and 5), then and only then, after considering overall quality of life, I reserve the right to revert back to my usual behavior on a case-by-case basis.

Christie Grotheim contributes to the WestView News and has recently completed a 15-part series for petrolicious.com, documenting a cross-country road trip in her ’79 Lincoln Continental Town Car. 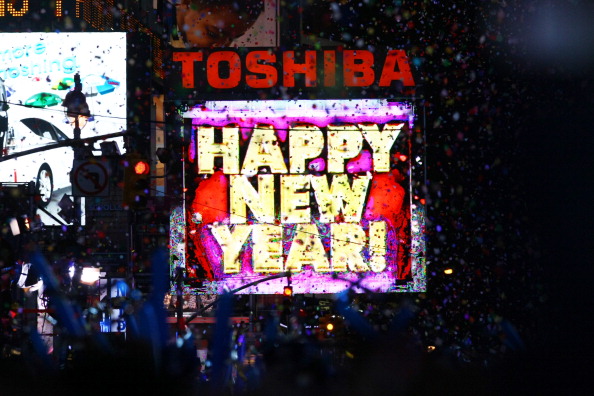