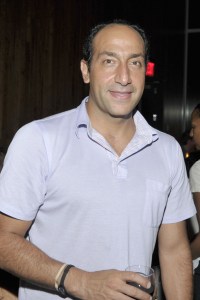 “All these big artists today, they don’t have to stay in one place,” he told Gallerist. “They can go and be on their own.  They don’t need one gallery, they can have many galleries today. It’s more where the art market is moving, in my opinion.”

This isn’t to say that the news didn’t surprise him, though there have been reports that Mr. Hirst’s market has flattened in recent years, meaning that the potential for the artist to work with a new set of galleries may be beneficial for him.