Today, the Friends of the American Latino Museum (FRIENDS) announced the new leadership of its board. As the only organization dedicated to creating the first national museum dedicated to the culture and history of Latinos in this country, the new FRIENDS executive members of the board will lead the advocacy, fundraising, and community engagement agenda for the organization.

The FRIENDS board will be led by new Chair Cid Wilson of Bergen County, an equity financial analyst and Democratic Party activist.

“It is a great privilege to lead this historic effort and to work with people who have spent their careers preserving our nation’s heritage, building coalitions, and enriching the Latino community,” said Wilson. “The momentum behind the museum initiative is extraordinary. Over 300,000 people support the museum online, and we have built awareness and fundraised in cities across the country. In 2013 we look forward to growing this support and pressing Congress to make the museum a reality.”

The new Vice Chair is Ivette Fernandez, the Director of Community Affairs in Corporate Diversity at News Corporation. Maria Cardona of the Dewey Square Group will remain as Treasurer, and the new Secretary is John Huerta, the former General Counsel of the Smithsonian Institution. Wilson was also a presidential appointee to the National Museum of the American Latino Commission, which developed plans for the museum in a 2011 report to the President and Congress. 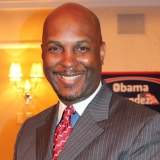