MOONACHIE – In a show of what he can do for Democrats regardless of whether or not he runs for governor, Newark Mayor Cory Booker stuck some oratorical power poses at Assemblyman Gary Schaer’s (D-36) fundraiser last night and helped Schaer rake in close to eighty grand.

“One of the humble heroes,” the mayor said of Schaer, who usually raises that much on his own, actually, minus the celebrity factor.

The assemblyman spent some time with Booker in the mayor’s idling SUV and told him he hopes he runs.

“The answer is yes,” said Schaer when PolitickerNJ.com asked him if he asked Booker to run for governor. “He is a tremendous leader. He can help bring back the appropriate leadership and vision to the Democratic Party.”

But is he running for governor?

“Would I be extremely excited by his run?” said Schaer. “Yes.”

“It’s safe to say we can look forward to him either as governor or senator,” the assemblyman opined. “He is brilliant, articulate and motivational and would receive overwhelming support.”

So you support him for governor?

“Although I prefer him running for governor, his run for senator would be quite good,” Schaer said. “Do I think he would make phenomenal change? The answer is ‘yes,’ I do believe he could do more than our sitting governor.”

A veteran of his own political wars in a tough urban environment, Schaer knows what it’s like to have angry residents lining up at a microphone in City Hall. This week, a judge dealt Booker a wound when he denied the mayor’s council candidate a seat on the governing body. The vacancy means Booker will not have a majority of allies on the council and will be up against a special election next November in which his candidate will not likely be the favorite.

“No, I don’t see why,” Schaer said. “Newark is our largest city. It has had historically tremendous difficulty. Aid has declined in urban areas, and that’s reflective of this governor’s policies toward urban areas. Booker has done an admirable job.”

PolitickerNJ.com brought the subject back to money.

With Christie at the top of the ticket Democrats need some to fend off a challenge. Is Schaer confident in Booker’s ability to raise money short of being on the 2013 line?

A gubernatorial candidate did actually get in the contest Tuesday – state Sen. Barbara Buono (D-18).

“She’s very determined, extraordinarily bright, but I believe Booker would be a much better choice,” Schaer said.

But why? He backed Christie’s two percent cap, his pension and benefits overhaul package, and has shown no serious resistance to the Republican governor.

“There are significant differences between Republicans and Democrats on many issues,” Schaer said. “Any election is based on differences and not similarities.”

How would Booker supply legitimate contrast?

“On middle-class issues: for the past three to four years, this state has been in a fiscal crisis with high unemployment,” the assemblyman said.

“Number one, Mayor Booker is committed to a financially responsible government,” the assemblyman added. “Despite all the rhetoric emanating from the GOP, theirs have not been fiscally sound policies. The governor’s appreciation for urban areas is lacking. He and Mayor Booker also have different stands on social issues, the poor, needy and disabled.”

If Booker doesn’t run, who should run?

“Congressman Pascrell would be a great candidate,” Schaer said. 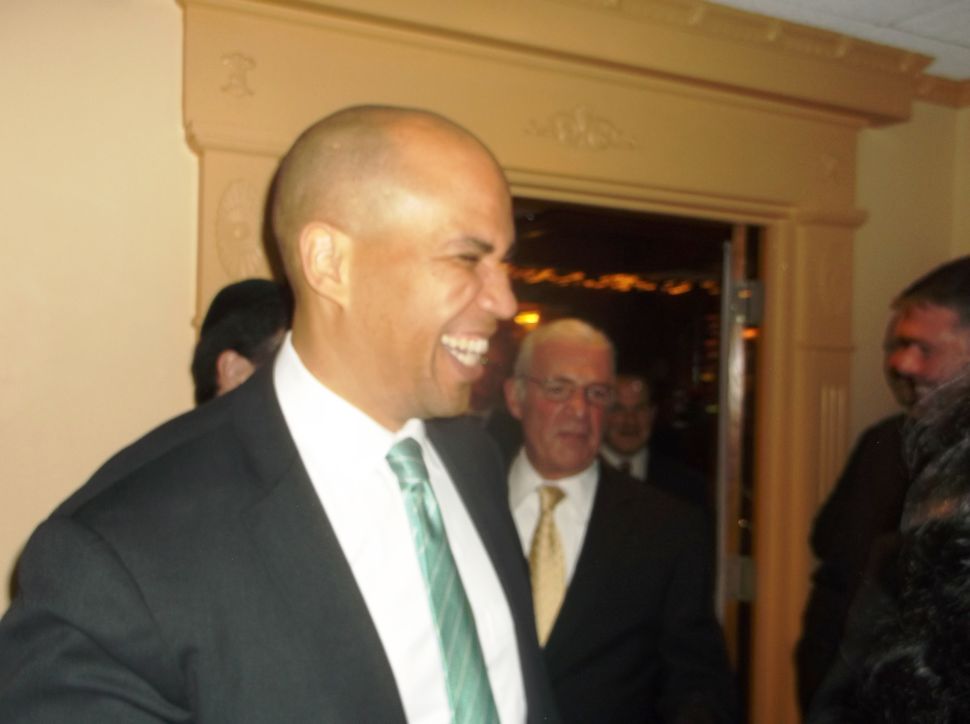