Praising Mayor Cory Booker for his work ethic and wishing him well in all his future endeavors, state Sen. Barbara Buono (D-18) called on the Democratic Party to support her in her bid for governor.

Rock star in residence Booker announced he won’t be a candidate for governor, but instead will focus on Senate 2014.

Buono took his decision as a chance for primary unity behind her candidacy.

“Under Mayor Booker’s leadership, Newark has become a place where people come to live and raise a family, and there has been a huge influx of new businesses clamoring to take part in the city’s renaissance,” said the Democratic Party’s lone declared candidate among party electeds. I know that he will continue to be on the front lines in the fight for middle class taxpayers throughout New Jersey in the coming election season.

“With the Mayor’s announcement today — and having already earned the endorsement of the Middlesex County and Somerset County Democratic Parties, I am asking Democrats across New Jersey to join our campaign for the Democratic nomination for governor. New leadership is crucial for New Jersey. We need a united Democratic Party that makes the case for meaningful change, and gives a real voice to working and middle-class people across our state.”

Buono pointed out that under Governor Chris Christie’s stewardship, New Jersey has an unemployment rate that continues to hover near ten percent, nearly two full points higher than the national average.

“The reality is that nearly one in ten New Jersey residents continue to be unemployed, while this Governor continues to champion millionaires at the expense of New Jersey’s families,” the candidate said. 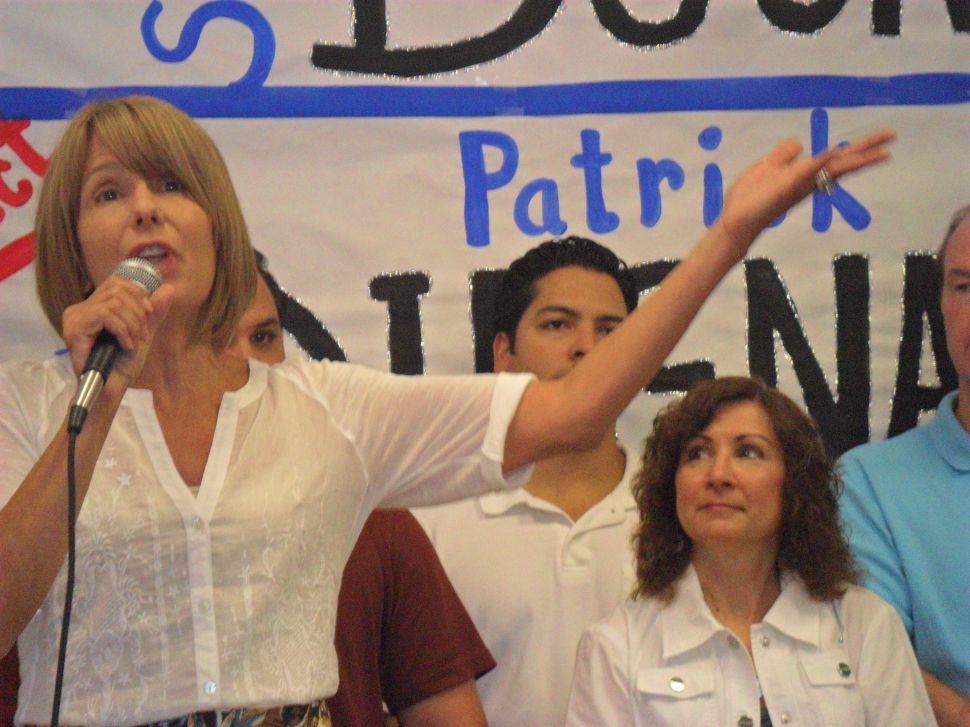