Buono reached out to county party chairs Monday night to inform them of her decision.

The state senator from Middlesex had her own party organization to contend with first, which resulted in a sit-down last Friday with state Sen. Bob Smith (D-17) and Assemblyman John Wisniewski (D-19), two sources told PolitickerNJ.com.

Wisniewski had been considering his own run for governor, and for months Democrats statewide observed the gubernatorial ambitions of both politicians and commented on their inability to get out of each other’s way.

Piscataway-based Smith has proved on at least two recent occasions – the sheriff’s and county chairman’s races – that he wields the most county committee power in Middlesex.

In his meeting with his fellow Middlesex legislators he told them the county could not have two Democratic gubernatorial candidates and after discussions and Wisniewski’s declaration to stand aside, Smith said he intended to support Buono for governor, sources said.

A day later, Wisniewski issued a public release stating his commitment to another run for his 19th District Assembly seat.

He wouldn’t be running for governor this coming year.

Following Wisniewski’s showing in the Perth Amboy mayor’s race, Democrats discussed the possiblity of the losing team member being too damaged districtwide to run again, particularly given newly rededicated enemies, including Woodbridge Mayor John McCormac and Perth Amboy Mayor Wilda Diaz, whom Wisniewski’s candidate opposed. One source told PolitickerNJ.com that the assemblyman’s decision to step aside and let Buono run unimpeded out of Middlesex would help toward his political atonement. Others in the district itself weren’t prepared to go there.

Buono has been eying a statewide run for about two years, going back to when she audibly broke with the Christie administration on the contents of the governor’s red tape commission review. She objected forcefully to the commission’s recommendation that the commissioner of the Department of Environmental Protection – by himself – should decide on DEP rules without public input.

Subsequently, she broke with her own party’s leadership to oppose the pension and healthcare overhaul supported by Christie and state Senate President Steve Sweeney (D-3), and last year did not return to her position as Senate majority leader.

The youngest daughter of an Italian immigrant butcher, Buono was born in Newark, and grew up in a second-floor apartment of a two-story house in Nutley.

“I wanted to be a lawyer from the time I was in the eighth grade,” Buono told women police officers at a 2009 training conference. “I was a straight A student and when I got a B once I remember my father saying, with a twinkle in his eye, ‘what about this B?’

“My father died at age 51, and the suddenness of his death defined who I became in life.”

At that event, Buono recounted a persistent and hard knock rise: college with part-time asistance, acceptance to law school and a year-long deferral because she had no money, food stamps, work as a law clerk, public defender, marriage and four kids, law practice – and politics, starting with her first Metuchen council victory in 1992.

“My perspective on public policy has always been shaped by my role as a mother,” said Buono. “Women bring common sense to public life. We don’t define ourselves primarily by our jobs. We tend to be more deliberate than our male counterparts, and the reality is even today, women are vastly under-represented in positions of power.” 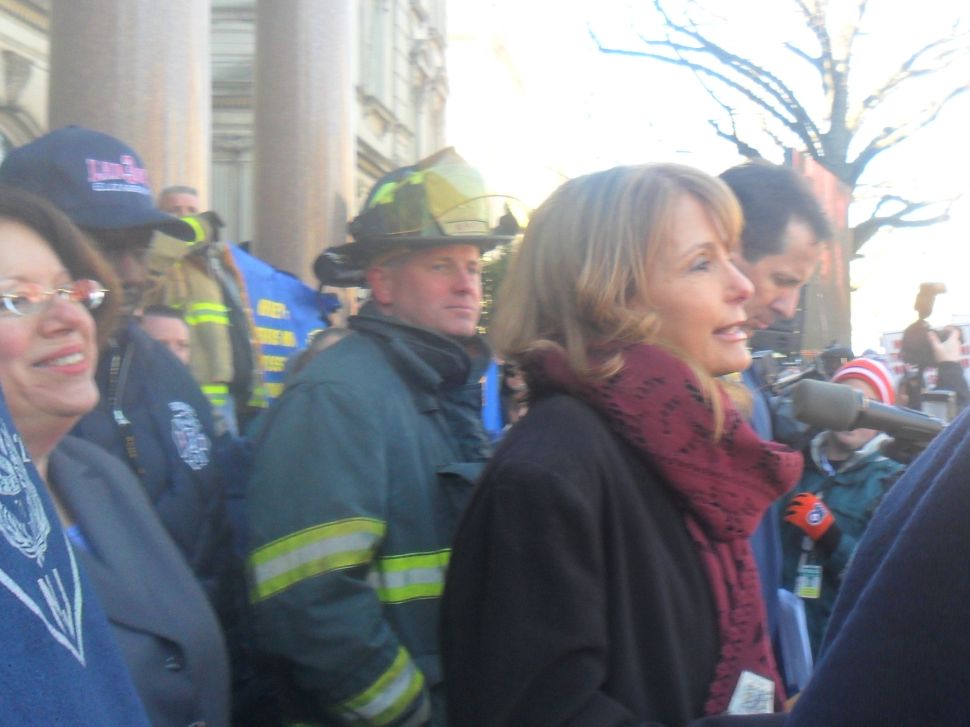