As he creeps closer to a federal indictment deadline next week in his own corruption case, Trenton Mayor Tony Mack wants to crack down on city crime.

Mack today wrote a letter to Gov. Chris Christie requesting the governor’s authorization of a permanent state trooper battalion to work in tandem with the Trenton Police Department.

“The City of Trenton has seen a dramatic increase in crime since we were forced to downsize our police department, due to budget cuts,” wrote Mack, up against next week’s grand jury deadline concerning federal bribery charges against him.

“Over the next six months we would like to expand our police force by an additional 60 to 75 officers, with the vast majority of these new hires being placed in our patrol bureau,” the mayor wrote. 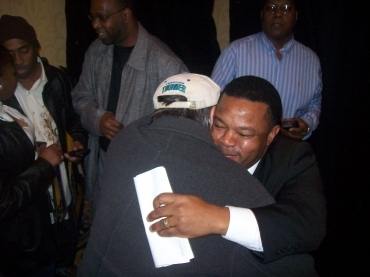