TRENTON – Fresh off his inaugural appearance on Comedy Central’s The Daily Show with Jon Stewart, Gov. Chris Christie told reporters Friday he “had a great time last night” appearing on the late-night program.

“It’s another one of those things that brings me closer to my children,” Christie joked.

“My 19-year-old son called me from college last night,” he said. “[He] thought it was pretty cool.”

“Jon Stewart and I just turned 50 in the last two months,” Christie said, adding, “We’re the same age [from] the same state. … I know we’re wise guys. He’s a wise guy and so am I.” 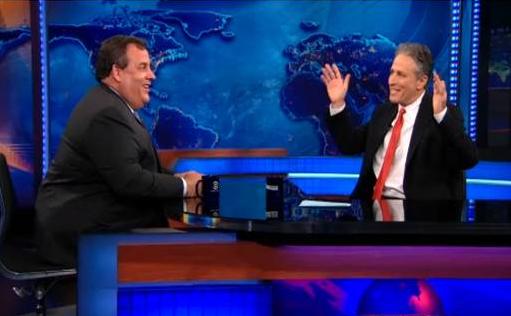