The campus of Trinity College in Hartford, Connecticut. (Photo: TrinColl.edu)

On May 1, 1987, City Council Speaker and all-but-officially announced candidate in next year’s mayoral race Christine Quinn found herself in a makeshift boxing ring set up in the backyard of a fraternity at her school, Trinity College. As part of Trinity’s annual spring weekend festivities, Ms. Quinn was to face off against her friend and classmate Sean McHugh in “Bantam Bouts,” a charity boxing exhibition named after the school’s mascot. Ms. Quinn’s matchup against Mr. McHugh, a lineman on the school football team, was billed as the “Battle of the Big Mouths.”

Posters for the fight dubbed the Speaker “Christine ‘Maddog’ Quinn,” a moniker she said also came from her outsized reputation.

“It was just one of those nicknames that went along with being loud and pushy,” Ms. Quinn told Politicker. “Some people are just born loud and I was one of them.”

Though Ms. Quinn and Mr. McHugh described the event as “fake” and a “goof” to raise money for a local daycare, there was no doubt about the winner.

“Well, you know, he may have looked away once and I may have seized an opportunity,” quipped Ms. Quinn.

Mr. McHugh was not the only opponent vanquished by Ms. Quinn at Trinity. Former classmates told Politicker that Ms. Quinn was a major presence on her college’s political scene who even then showed the same brash personality and talent for political maneuvering that has served her adult career.

She was a staff writer for the school paper, The Trinity Tripod and active in the anti-apartheid club, which got Trinity’s student government to pass a resolution calling for the school’s board of trustees to divest stock in companies that did business in South Africa.

Her main cause was ConnPIRG, the local Connecticut student chapter of the Ralph Nader-inspired student consumer advocacy Public Research Interest Groups that sprung up on American college campuses starting in the 1970’s. Ms. Quinn had a leadership role in the group and helped bring Mr. Nader to speak at the school in April 1986.

Her student activism included multiple trips to Washington D.C. and the State Capitol in Hartford where she participated in lobbying and rallies for environmental causes, the anti-apartheid movement and for an end to the arms race. These experiences nurtured Ms. Quinn’s love for the political process. In a 1986 Tripod article about ConnPIRG’s lobbying day at the Connecticut State Capitol, Ms. Quinn gushed about her work with the organization.

“Lobbying with ConnPIRG has been one Of the most interesting and educational experiences in my past 3 years: at Trinity,” she said.

However, despite her extensive collegiate political activities, Ms. Quinn, who sometimes donned a blue-and-gold chicken suit to serve as Trinity’s mascot, the Bantam, insists she didn’t miss out on the lighter sides of campus life.

“I didn’t lose out in more typically fun college experiences as well,” she said, before adding of her activism, “But that was fun also, but it was a different kind of fun.”

When she arrived at Trinity in 1984, Ms. Quinn was not new to student politics, having served as student body president of Holy Child Academy in Old Westbury, Long Island, where she was also editor of the school newspaper.

“I went to a small high school so there weren’t a ton of different activities. I participated in just about all the ones there were in high school,” she said. “I liked working with people, I liked being part of teams, part of groups that worked together, I guess that’s what attracted me in a legislative body. So what my personality was like, what I liked to do and a good way to meet people.”

According to Ms. Quinn, her love of politics began at an even younger age.

“The thing that got me really, really interested in politics and government was my library at my parish elementary school on Long Island. They had this set of paperback biographies, stories of famous political people and trailblazers who had changed the world. The first this, the first that, et cetera, et cetera. These books were the most fabulous and exciting stories I ever read,” said Ms. Quinn.

“After I read those books, I was sold. I actually never dreamed of being an elected official but I dreamed of having a role in politics and government.”

This pattern continued at Trinity where Ms. Quinn said she was “a joiner.” Her career in student journalism ended, in her words, “quickly,” but she remained involved in activist groups because she said she was “much more interested in political campus organizing.”

Ms. Quinn seems to have displayed an early skill for political maneuvering on behalf of her various causes. In one instance during her senior year, her effectiveness rankled some of her peers. In January 1988, she appeared before Trinity’s Student Government Association to encourage them to join a list of organizations that supported visiting professor Margaret Randall, a teacher and author who was fighting deportation in federal court after her request for permanent resident status was denied because the Immigration and Naturalization Service believed “her writings advocated the doctrines of world communism.”

Ms. Quinn successfully persuaded the student government to sign the petition of support for Ms. Randall. But soon after the vote, five of the thirty SGA members wrote a letter to the Tripod in which they argued they were “hurried into making a decision based on ignorance” by Ms. Quinn, whom they accused of making an “unscheduled” appearance that did not give the group time to read the professor’s writings or research the situation.

“The body was asked to vote in ignorance in order to come to a quick decision as [Ms. Randall’s] court date is rapidly approaching,” the letter said. “The members of the SGA were denied several important opportunities for the sake of expediency.”

Asked about the situation, Ms. Quinn said the student government only had themselves to blame if they felt manipulated.

“You come into a legislative body and you ask them to do something and the members that are not prepared, that’s on them, not you.”

Her current colleagues might recognize some of the same characteristics Ms. Quinn displayed as an adept, outspoken college who wasn’t afraid of ruffling feathers. In the Council, she has been accused of stalling legislation she opposes and, in the words of her fellow Council member Jimmy Oddo, “When she is unhappy, she thunders, and I love it.”

Ms. Quinn concedes she has not lost her reputation for being a “big mouth” who is “loud and pushy,” but she hopes her lighter side comes across as well.

“I’m still fun-loving in the midst of all of this,” said Ms. Quinn. “I was the same way then — serious and fun-loving all at the same time.” 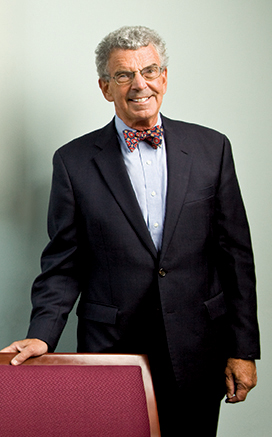