Cory Booker with his holy books at his side. (Photo: YouTube)

When he announced his plans to “explore” a Senate campaign earlier today Newark Mayor Cory Booker had a stack of holy books at his side. Mr. Booker’s reading list included five books from four different religions.

An advisor to Mr. Booker provided Politicker with the list of titles Mr. Booker had next to him in the video of his announcement. The stack consisted of the King James Life in the Spirit Study Bible, The Qu’ran, The Tanach, which is the Hebrew Bible, Chumash, a printed version of the Torah and Bhagavad-Gita As It Is, an interpretation of the Hindu holy book by the founder of the Hare Krishna movement, A. C. Bhaktivedanta Swami Prabhupada.

Mr. Booker has long had an interest in exploring religion and spirituality. Though he was raised Baptist, while he was a Rhodes scholar at Oxford University Mr. Booker was president of L’Chaim House, the campus Jewish organization headed by Rabbi Shmuley Boteach. 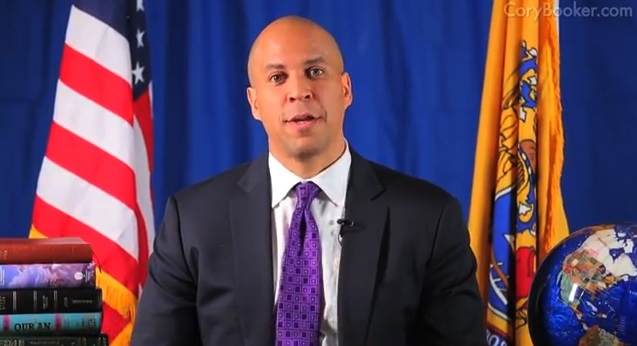