Governor Andrew Cuomo issued a statement this afternoon urging the House of Representatives to quickly approve the White House-backed $60.4 billion Hurricane Sandy supplemental aid package. The Senate is expected to vote on the recovery funds today, and Majority Leader Harry Reid has said he is optimistic it will be approved. Getting approval for the aid package from the GOP majority in the House, however, is expected to be more difficult. In his statement, Governor Cuomo urged the House to clear the funds without extended debate.

“The members of the House will be in Washington this weekend and, while a fiscal cliff deal remains elusive, passing the Sandy aid package should not be a matter impacted, much less stalled, by the same partisan contention or parliamentary process,” the governor said. “Our demonstrated need and the House’s past precedent should make this vote a slam dunk.”

New York and New Jersey originally requested approximately $80 billion to help with recovery costs and for projects to mitigate the impact of future storms. In his statement, Governor Cuomo acknowledged the difficult economic climate while also pointing out that Congress has approved large supplemental aid packages “every time there has been a storm or disaster even close to the size and scope of Sandy.”

“I understand this is a lot of money and these are tight fiscal times. But, this was a big storm—the second most damaging storm in our nation’s history—and the needs are great and growing. Put politics and partisanship aside for public need and progress. Partisan gridlock is the enemy of a functioning democracy, and the core of democracy is the people coming together to protect and support each other through their government,” said Governor Cuomo. “The fact is not only New Yorkers ask the members of the House to support us in times of crisis. The whole nation is now watching to see whether or not they will be able to count on the House, as they have so many times before, when their time of need comes again. This vote is a vote of confidence—confidence that Americans can count on the House to function when we need it most.” 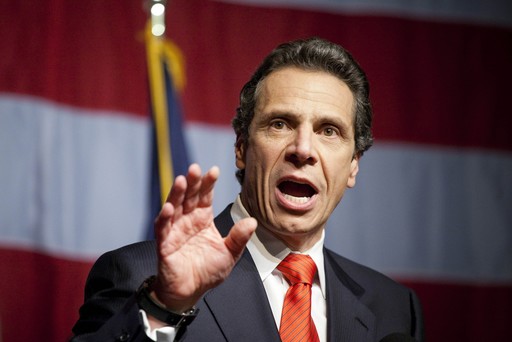