Stewart prodded the governor on his vigorous campaign work-rate for failed GOP presidential nominee Mitt Romney, which included a heavy dose of Obama badmouthing, followed by Christie’s post-Sandy embrace of the president.

When Christie said people have different skill sets at different times, Stewart mugged, saying he found it hard to believe it wasn’t just a question of the Republican governor complimenting Obama when Christie needed money for a ravaged New Jersey.

“He was presented with a stark opportunity to lead,” Christie declared.

Stewart took issue with national GOP Party politics, arguing that Republicans are eager to point the finger at bloated government until they themselves need government.

“When a poor person without health insurance has cancer that’s Hurricane Sandy,” said Stewart, or words to that effect, while objecting to Christie’s refusal to participate in Obamacare exchanges.

Christie repeated his position that the Obama administration has not given him adequate financing answers. 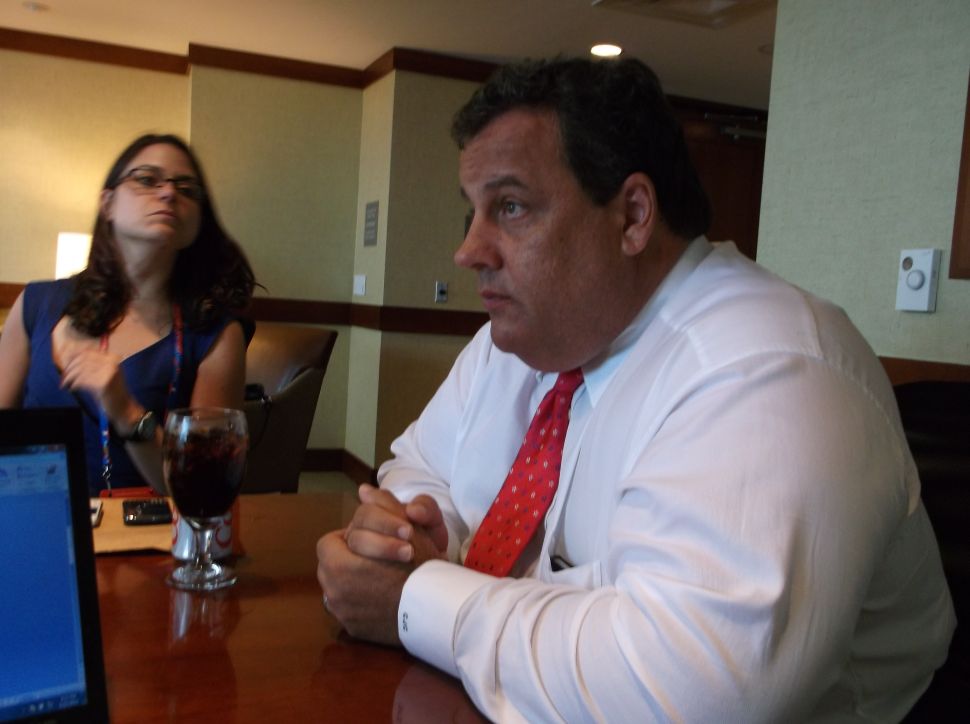