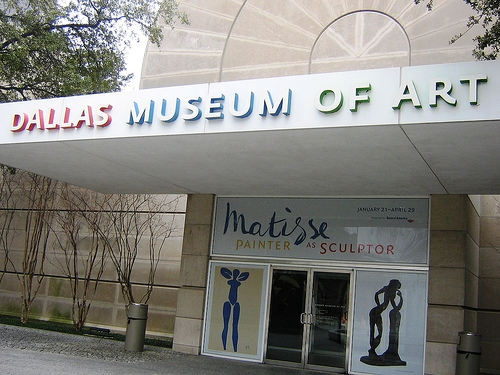 Starting on Jan. 21 next year, the Dallas Art Museum will no longer charge its $10 general admission fee. The decision comes from the museum’s new executive director Maxwell L. Anderson, who told the Waco Tribune-Herald, “We’re a public institution supported by the taxpayers of Dallas, and many of those taxpayers don’t have the disposable income to toss around for cultural endeavors.”

For more on the decision, here’s Christopher Knight, writing in the Los Angeles Times:

Instead of this self-defeating — and expensive — scheme, the DMA plans to do what other museums offering free admission have done: Expand the philanthropic pool. DMA members will be called partners, and the entire local community will become a prospective association of micro-philanthropists. Regular members, not just rich benefactors and wealthy local businesses, are made into active stakeholders in the institution.

And younger people and students, who are always sentimentally extolled as “our future” and then often ignored, will have a visually provocative place to hang out.