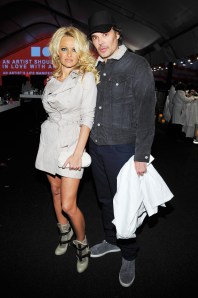 The New York Post is reporting today that photographer David LaChapelle is suing Fred Torres, his former manager, alleging that he is owed more than $2.8 million in proceeds from sales of his works.

“LaChapelle also claims Fred Torres stiffed him on $755,000 worth of personal loans and is holding hostage more than 800 ‘valuable exhibition prints’ that Torres has stashed in storage facilities in New York, Italy, Korea, Hong Kong and elsewhere, according to a Manhattan federal court filing.”

(Exhibition prints are prints of photographs made outside of standard editions for display in specific shows; they are typically, but not always, destroyed after the conclusion of the show for which they were printed.)

According to the report, Mr. LaChapelle contends that Mr. Torres, who runs an exhibition space and artist-management company in Chelsea, also attempted to have clients pay for fabricating photographs that he was supposed to cover.

Those looking to see a bit of the artist’s work can head over to the Paul Kasmin Gallery in Chelsea, where a one-person show of images he took of broken wax figures from the National Wax Museum in Dublin are on view through Jan. 19.

Reached by phone, a representative at the gallery told Gallerist that Mr. Torres was not available for comment.