Former Mayor Ed Koch has already committed to supporting Christine Quinn in the 2013 mayoral race even though she has yet to officially announce her campaign and the potential entrance of MTA Chairman Joe Lhota into the race is not going to change his mind. In an interview with the Post, Mr. Koch said he won’t back Mr. Lhota because he has fundamental disagreements with the “philosophy of” former Mayor Rudy Giuliani, who Mr. Lhota worked for as deputy mayor for seo services and operations.

“I don’t believe that the city will elect a Republican at this time, which is what Joe Lhota is, because his philosophy is that of Rudy Giuliani, who antagonized a lot of people when he was mayor because of his pugnaciousness,” Mr. Koch told the Post.

Mr. Koch went on to say he believes that “antagonistic” approach “permeated” the Giuliani administration.

Mr. Koch, who was a Democrat, endorsed the Republican Mr. Giuliani when he first ran for mayor in 1993.  Mr. Giuliani is supporting Mr. Lhota’s campaign and some of his other ex-aides are expected to work for the MTA boss’ mayoral bid. 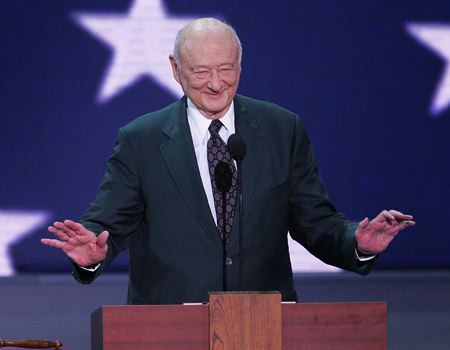