Count Tesla CEO Elon Musk as the latest Silicon Valley entrepreneur unwilling to wait for the Securities and Exchange Commission to mark social media as an appropriate platform for sharing material information about public companies.

As Dan Primack reports, Mr. Musk went on Twitter last Monday to crow that the electric car company notched positive cash flow in the previous week, then defended the disclosure in an appearance on CNBC yesterday (you can see it after the 9 minute mark here):

… it’s done after hours and you follow up with investors and you do multiple channels, which is what we did, it wasn’t just a Tweet—maybe people aren’t aware of that—I don’t think there is any selective distribution of information. I think that would be a bit of an inaccurate mischaracterization.

That news followed word last week that the SEC was investigating Netflix after CEO Reed Hastings took to Facebook in early July to brag that the company’s customers had viewed more than 1 billion hours of content in June.

At issue in these social media disclosures is whether the companies are violating Regulation Full Disclosure, or Reg FD, which requires public companies to make material information available to all investors at the same time.

Typically, that means issuing a press release and filing documents with the SEC. But as companies increasingly use social media to communicate with the public—Mr. Musk has more than 115,000 Twitter followers, Mr. Hastings has more than 246,000 subscribers to his Facebook page—websites such as Twitter and Facebook may be seen as viable means of putting information in the hands of investors.

For their parts, neither CEO has gone so far as to argue that social media alone is enough to meet the threshold for full and fair disclosure under Reg FD. In a Facebook post following disclosure of the SEC’s investigation into Netflix, Mr. Hastings argued that his customers’ viewing hours doesn’t constitute material information.

And Mr. Musk, of course, claimed that Tesla used multiple channels to share its cash flow news, though it’s worth noting that when Mr. Primack pressed the company on what those other channels were, a Tesla spokeswoman had no comment.

Those explanations aside, it’s hard to think that either CEO or their corporate minders are so naive to think that their respective disclosures wouldn’t raise hackles at the securities regulator. In fact, it’s starting to feel like tech CEOS are trying to force the issue. Social media is how we communicate, they seem to be saying, and the SEC should just deal with it. 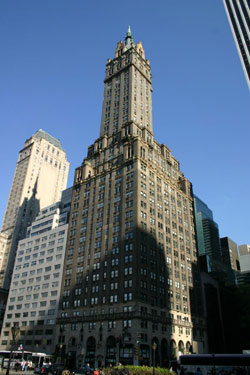