Inteso, who was arrested in July 2012 after returning from Afghanistan, where he had been working as a contractor, pleaded guilty before U.S. District Judge Joel Pisano, according to officials. He pleaded guilty to one count of a six-count indictment.

The former mayor was arrested in July on three counts of tax evasion and an additional three counts of failing to file federal personal income tax returns, according to his indictment. Authorities allege Inteso took a job in Afghanistan after learning he was the target of a federal investigation.

He was accused of accepting hundreds of thousands of dollars from an insurance broker, Francis Gartland, who provided brokerage services to Brick Township Board of Education and Toms River.

Inteso faces up to five years in prison and a $250,000 fine, according to the U.S. Attorney’s Office. 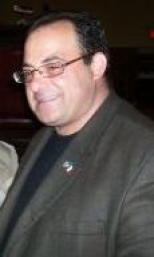