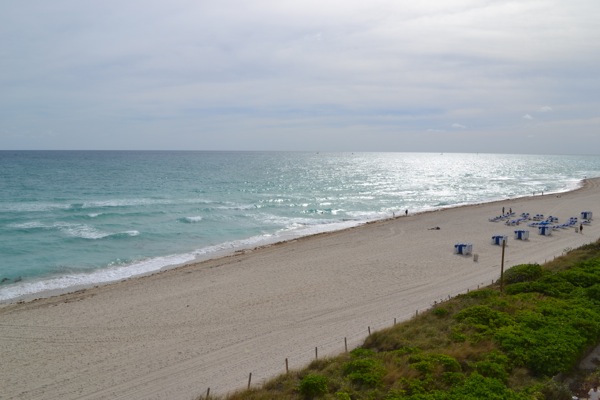 The beach. (The New York Observer)

GalleristNY’s coverage of Miami Basel 2012 will be posted here throughout the week.

He’s Baaack! Adam Lindemann Visits Art Basel Miami Beach and Its Satellites
Boldly going where he has never collected before.

Back to the Beach: Stupid Money and KimYe Were Everywhere at Art Basel Miami Beach
Looking back on a week in Miami.

Our Last Post from Miami
Mr. Lindemann sports a souvenir.

A Final Ramble Around Miami
Visiting the Margulies, Rubell and de la Cruz collections, Seven and the M Building.

Untitled Fair Brings Eclectic Mixture of Galleries to the Beach
One of the year’s new entries brought about 45 dealers to a South Beach tent with ocean views.

The Scene at Art Miami
A look at a bit of what is on offer at Miami’s longest-running fair.

At NADA, a Burbling Box, a House of Cash and a Hidden Show
A report from the energetic scene at the Deauville, home to more than 70 exhibitors.

D’Ette Nogle Does the Dougie
One particularly choice video to look out for at NADA.

A Tour of Art Basel Miami Beach 2012
The opening day of the fair, in 60 photographs.

Searching for Darren Bader’s ‘Pretty Face’ at Miami Basel
At least one artwork is lurking at the fair.

The 2012 Miami Fairs: A Primer
There are more fairs than ever before. Here are the basic facts on how to see them—or try to.

NADA Miami Beach: Part 1 and Part 2
A look at what New Art Dealers Alliance galleries have on offer at the Deauville.

A Guide to Richard Prince’s Lemon Fizz Arizona Drink
Where to find it, how to drink it.

There’s Art in the Sky Above Miami Beach
Phrases by Mel Bochner, Richard Prince, Ed Ruscha and more are sailing through the air.

That $2 M. Sculpture by Pharrell, Murakami and Jacob the Jeweler Is in Miami
It’s back, sitting in a building just around the corner from the Rubell Collection.