Veteran Democratic Party operative James Gee has registered with ELEC toward a run for the mayor’s office in Trenton, but said he has not yet made a decision about his plans.

“I have a young family and 17-month-old twins – people think I’m coy when I say I’m considering it, but that’s the truth,” said Gee, a former inner circle advisor to Gov. Jon Corzine mentored by Assemblywoman Bonnie Watson Coleman (D-15).

“In order to elevate the game, we have to have amazing stuff happen in this city,” said Gee, shortly after the feds indicted Mayor Tony Mack on corruption charges.

“It’s a sad day in Trenton history,” added the operative and prospective mayoral candidate. “Mercer County is known for honesty in government, and between this and (Hamilton Mayor John) Bencivengo, that reputation is tarnished.”

“We’re seeing more crime, more random, violent crime,” he said. “And n the midst of that, the city has to deal with this, a mayor getting indicted. Large areas in the city are unsafe, and we have this distraction.

“Not only does his situation impede his (Mack’s) decision-making process and prevent people from caring about his opinion, but, in this environment, it gives courage to people who want to do something unlawful themselves,” he added.

Gee expects to make a decision about a mayoral run by the end of January. 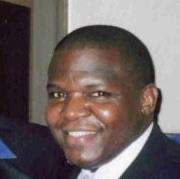