In 1995, President George H.W. Bush gave up his lifetime membership in the National Rifle Association via an angry open letter in which he expressed his outrage over a fundraising pitch made by current NRA CEO Wayne LaPierre that described federal agents as “jack-booted government thugs” wearing “Nazi bucket helmets and black storm trooper uniforms.” Though President Bush said he was “deeply” offended and asked the organization to “remove my name from your membership list,” seventeen years later, the NRA is still promoting his past association with the group in its online gift shop.

One of the “premium” items in the NRA store is the “NRA Presidential Series Collectible Coin Set.” The full set of eight coins sells for $89.95 and features portraits of what the site describes as “all eight NRA-affiliated Presidents” and a “bonus” coin with the NRA logo. President Bush is depicted on the coins along with John F. Kennedy, Dwight Eisenhower, Teddy Roosevelt, Ronald Reagan, Ulysses S. Grant, William Howard Taft and Richard Nixon. Interestingly, three of the presidents in the NRA’s commemorative coin series, Reagan, Roosevelt and Kennedy, were victims of gun violence during their careers (in JFK’s case the wound was, of course, fatal).

The Observer reached out to the NRA to ask why they were still including President Bush as an “NRA-affiliated President” in their coin set despite his break with the organization. As of this writing, we have not received a response. We also spoke to Jim McGrath the spokesman for President Bush. Mr. McGrath said he was unaware of the coin set, but would not be able to get back to us with a response until at least next week as President Bush is currently in intensive care at a Houston hospital. 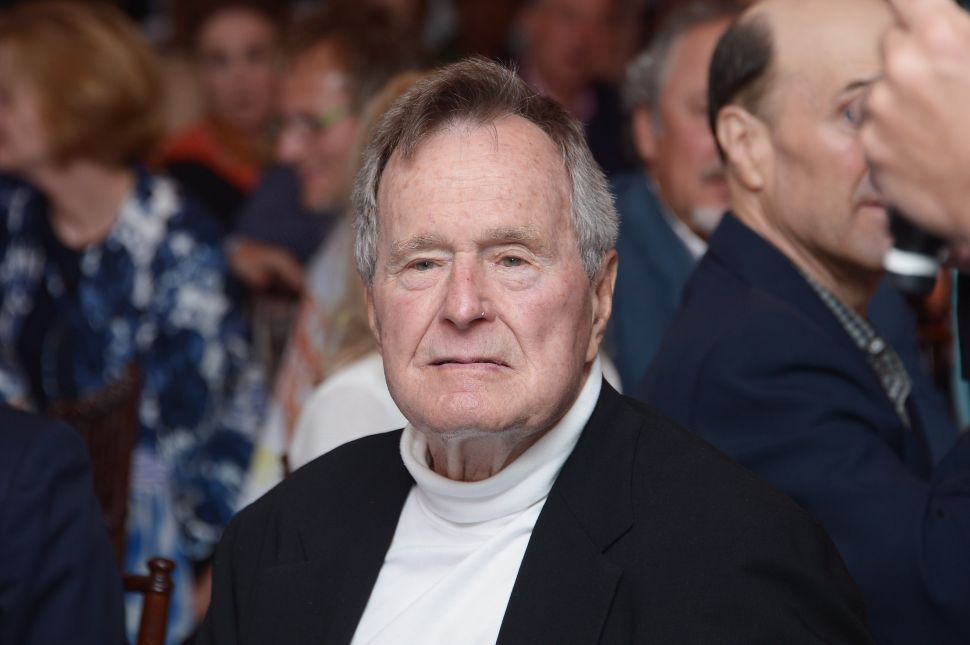