Bauman is a Superior Court judge in the Monmouth Vicinage and is a former partner at Bressler, Amery and Ross in Florham Park, specializing in general litigation.  he is a former Marine, serving four years on active duty.

Prior to his 2011 appointment to the BPU, Hanna served as Director of the Division of Law within the New Jersey Department of Law and Public Safety. As director, he oversaw a division totaling more than 500 attorneys.  As part of his role, Hanna was charged with offering legal advice on Christie administration initiatives and defending them in court when warranted.

Hanna is a former Assistant U.S. Attorney having worked in both the civil and fraud divisions.

Christie said the nominations of the two men represents a compromise with Democrats over the partisan balance on the court.  Bauman is a Republican and Hanna is undeclared.

Christie said he and legislative Democrats continue to disagree over how many Republicans currently sit on the court – he believes there are two, while Democrats say Justice Jaynee LaVecchia, who is undeclared, is in reality Republican.

“While I still disagree with that position, getting the court fully staffed is more important than continuing to argue over that issue,” he said.  “I am willing to be the one who reaches my hand out in compromise first.”

Christie said Bauman, who was born in Japan, also will satisify the demand for diversity on the state’s highest court.

The nominees were the result of interviews with “dozens” of individuals and are extremely well qualified to serve on the court, Christie said.  But Christie said he also was conscious of the need for compromise with Democrats, who earlier this year shot down Christie’s first two nominees, Bruce Harris and Phil Kwon.

Asked whether he was concerned over criticism that the nominees do not include a Latino or black candidate, Christie said Democrats had their chance to confirm Harris, who also was the first openly gay nominee to the high court.

“I don’t really know what more they can ask for at this point,” Christie said.

Both men have already been confirmed once by the Senate Judiciary Committee, Hanna as BPU commissioner last year and Bauman in 2008 after he was nominated to the Superior Court by Gov. Jon Corzine. 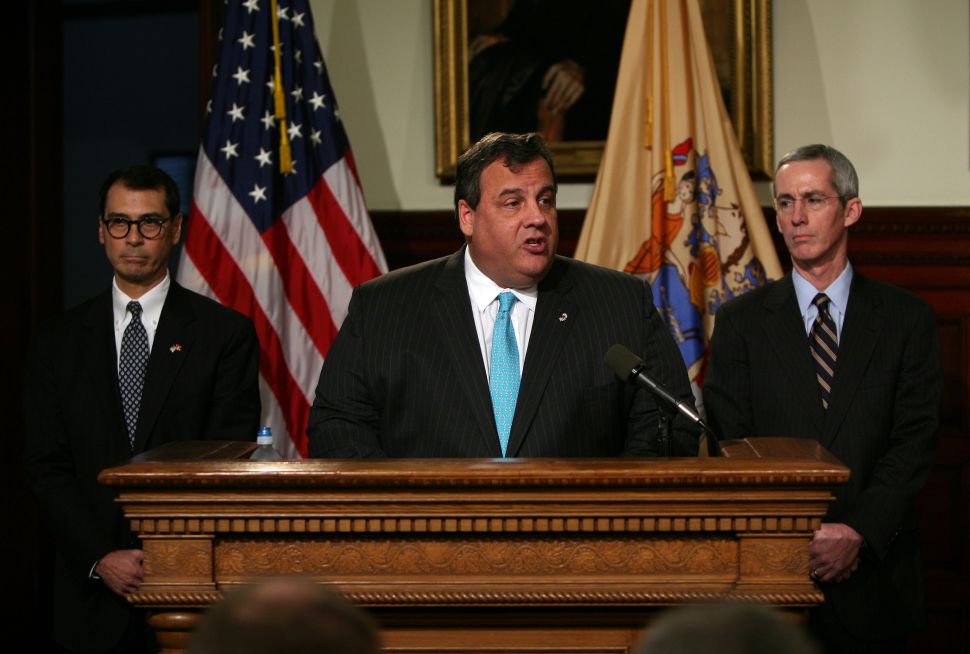