Hillary Clinton and Andrew Cuomo at the Columbus Day Parade in 2006. Photo: Getty)

Governor Andrew Cuomo appeared on Fred Dicker’s talk radio show today and he discussed the increasing speculation Hillary Clinton may run for president in 2016. Mr. Dicker specifically asked Mr. Cuomo, who is also touted as a potential candidate four years from now, about mounting reports the Democratic Party would line up behind Ms. Clinton essentially meaning the nomination is hers for the taking. Mr. Cuomo, as he generally does when asked about 2016, dismissed the discussion.

“There’s a long way away. We just elected a president….There’s no doubt that she’s incredibly popular, she’s got incredible support….She’s going to have to make her decision.”

Mr. Dicker continued by asking Mr. Cuomo if he would be among the Democrats supporting Ms. Clinton if she decided to enter the race. Mr. Cuomo jokingly asked Mr. Dicker whether he would be running before, rather tantalizingly, saying he wants to see the field of candidates flesh out before making any decision about who to back

“Oh it’s a long way away. Whoever’s running…are you running?” Mr. Cuomo said to the radio host. “Is somebody else running?…We have to assess all the candidates.” 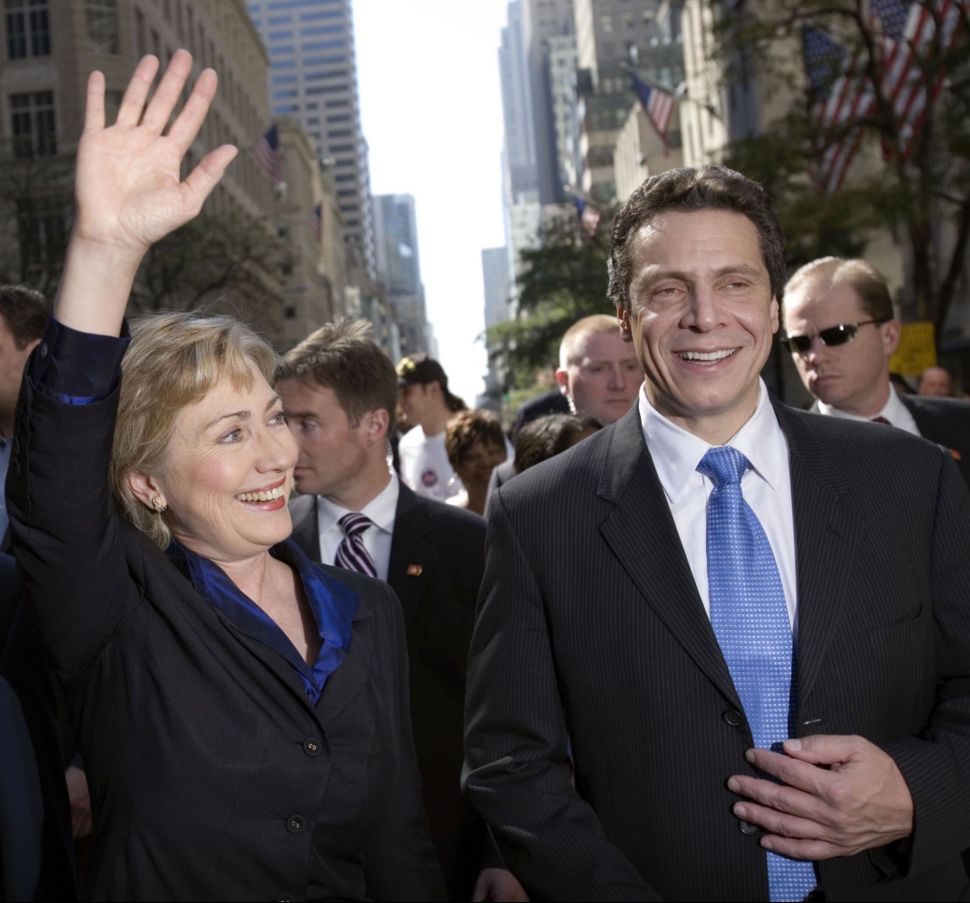