Sandra Lee, the cooking show host and girlfriend of Andrew Cuomo, just posted a picture of the Christmas tree in the Westchester home she shares with the governor on Twitter.

Ms. Lee was not exaggerating. The tree is indeed quite an exciting sight. It’s an epic all-white model featuring internal lighting and, most impressively, a massive silver tiger at it’s base.

After Ms. Lee posted the picture, Politicker conducted an exhaustive investigation and we believe we have identified the tiger statue under the tree. It appears to be this $3,694 silver-plated sculpture made by Ricardo del Rio for D’Argenta Silver Accents. The D’Argenta silver reclining tiger sculpture is limited to an edition of just 500 pieces. It is just shy of two feet long, a little over ten inches high and weighs 32.25 pounds. The description of the statue on one site where it is being sold notes, “this contemporary rendition of a tiger in simple repose captures the power and intellect in its eyes.”

We emailed the governor’s spokespeople to confirm whether the tiger under his tree is indeed the D’Argenta. As of this writing, we have yet to receive a response.

“Yes the Tiger is actually a Mod. 8013 of our D’Argenta Limited Edition Collection,” Ms. Barrero said in an email.

View a close-up picture of the D’Argenta silver reclining tiger statue below. 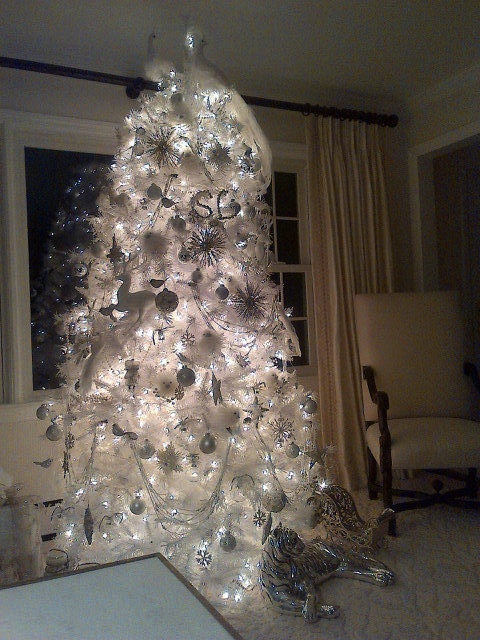