Too much for a front page? The cover of today’s Post shows an oncoming train about to hit a man trying to climb off the tracks. In case there is any doubt about the man’s fate, the cover spells it out: “Pushed on the subway track, this man is about to die.”

The photograph came about because R. Umar Abbasi, a  freelance photographer for the tabloid was waiting on his platform when he saw a man get pushed onto the tracks and then try to climb to the platform before the train hit. By taking pictures, Mr. Abbasi hoped that the conductor would stop the train.

“Post freelance photographer R. Umar Abbasi — who had been waiting on the platform of the 49th Street station — ran toward the train, repeatedly firing off his flash to warn the operator,” writes the Post. “‘I just started running, running, hoping that the driver could see my flash,’ said Abbasi, whose camera captured chilling shots of Suk’s tragic fight for his life.” 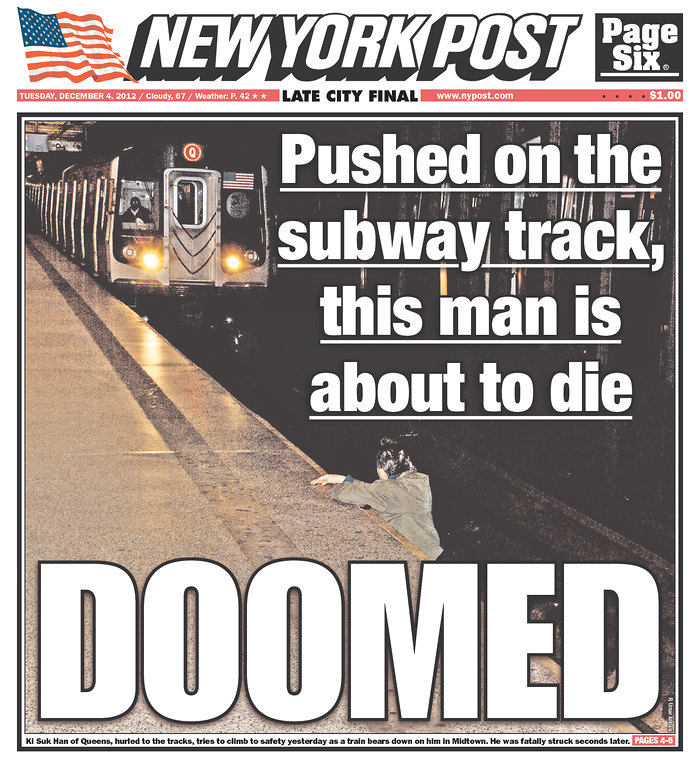