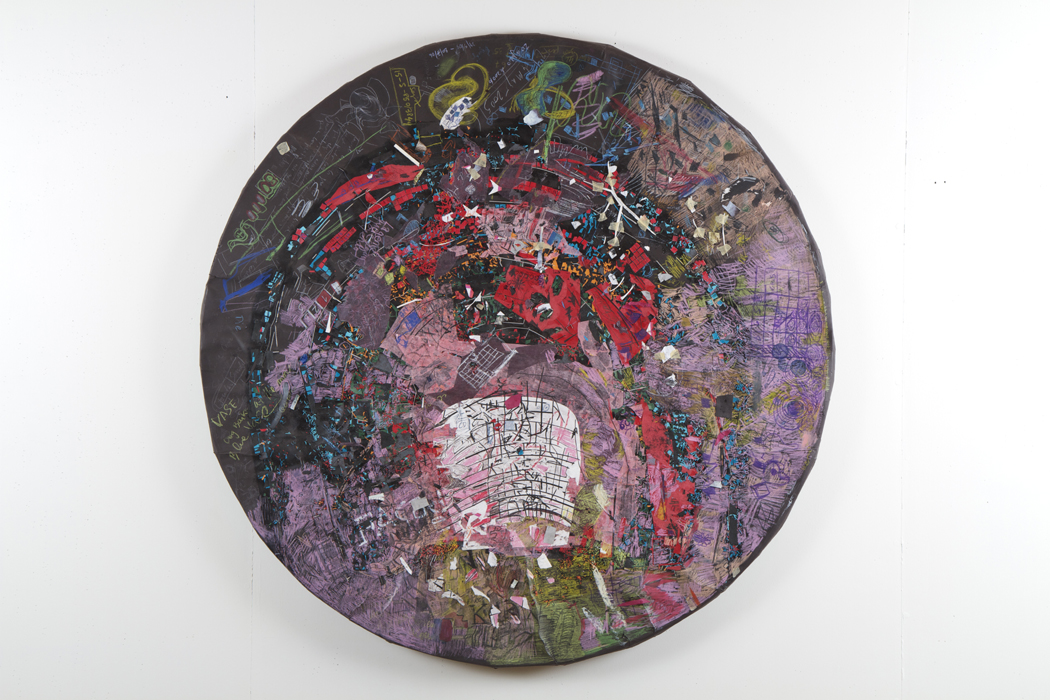 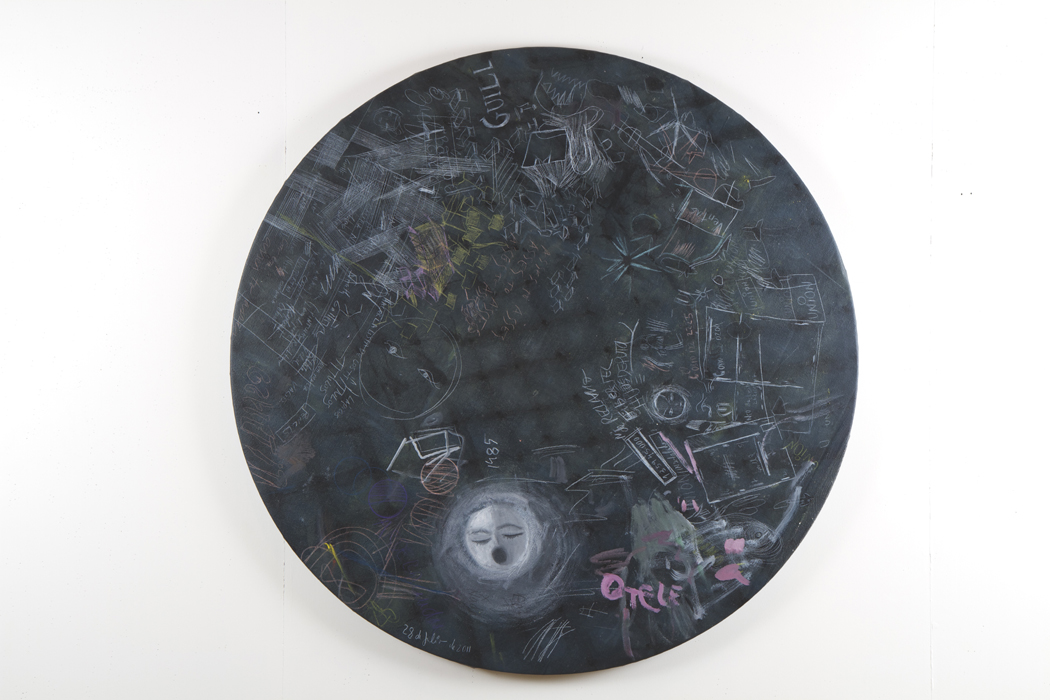 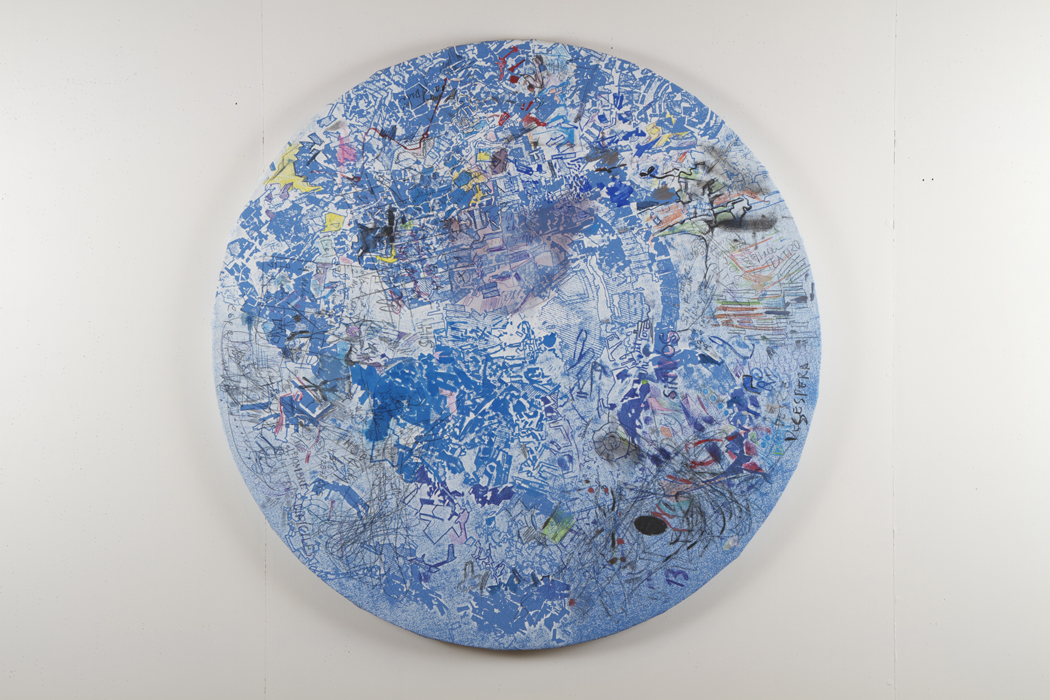 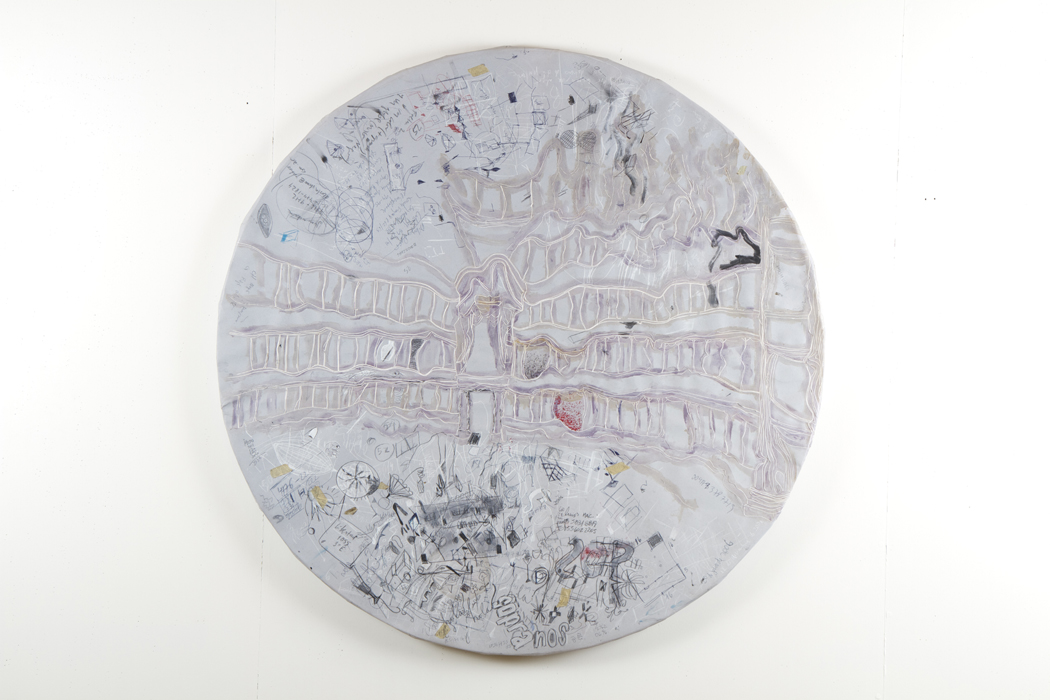 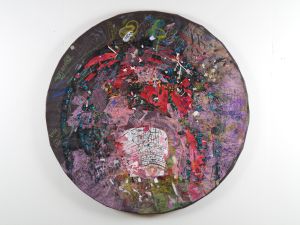 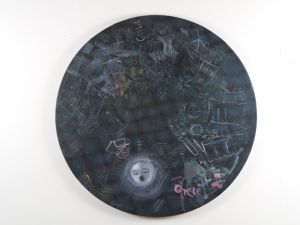 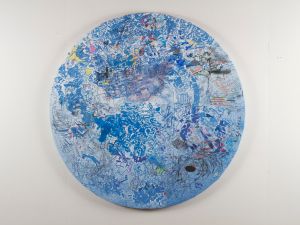 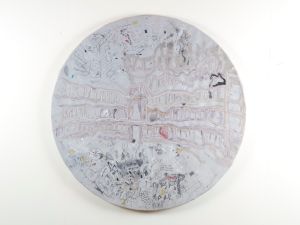 Plenty of artists have sought to present art-making—painting and drawing in particular—as a “daily practice,” an activity that is meditative and sustaining as well as exploratory and expressive. The idea reflects well on its proponents, who appear a little less focused on fame and fortune as a result, and closer to joggers or monks in their relentless quest for self-improvement or self-realization. The problem is that the results of all this self-discipline are not inherently interesting to look at. When quality control ceases to be an issue, the rough inevitably cohabits with, and sometimes pushes out, the smooth. Guillermo Kuitca’s intermittently enjoyable but ultimately forgettable “Diarios” at the Drawing Center is a classic example of this all-too-familiar outcome.

Ranged around the walls of the gallery’s main room is a set of circular canvasses, each a little under four feet across. Recent entries from an ongoing series begun in 1994, they are densely worked but without any identifiable foci; for the most part, they could be spun into any position without losing or gaining much in terms of either look or significance. Skip the video at the gallery’s entrance and it’s difficult to see what unifies these combinations of painting, drawing, print-making and collage; watch it for even a second and all becomes clear. These colorful discs are not only traces of Mr. Kuitca’s liking for routine, but they also record a specific situation—each was made at the same table and takes its shape and size from that well-used piece.

Just as this process involves the salvaging of something previously abandoned—the artist found the table in his parents’ garden—so its content is based on cast-offs: canvases that, for whatever reason, didn’t make the grade. Mr. Kuitca repurposed these former failures as tablecloths and, like a kid at a family-oriented diner, proceeded to cover them with doodles, largely ignoring the original pictures’ meanings and orientations. But the surfaces also served more obviously practical purposes; like most sketchbooks, they became repositories of phone numbers and e-mail addresses, installation plans and expense calculations, and they soaked up numerous ink and coffee spills. The works’ titles incorporate spans of dates that reveal each as having taken up to half a year to complete—their end-points were enforced, presumably, by simple lack of any remaining space.

Mr. Kuitca regards “Diarios” as a set of Warholian documents of everyday life, produced in parallel with his regular practice. He also sees it as a way of “corrupting” the practice of painting with other mediums and processes. What remains unclear is why it might be necessary to marginalize the process of experimentation in this way; the idea of incorporating other media into painting is hardly a startling one, and the layered textures and combinations of image, abstraction and text in these works are familiar from a host of other artists’ oeuvres—Mark Bradford’s collage paintings in particular spring to mind. So while the format of the series is likably accessible, the results are, visually and ideationally, less satisfying.