Now, some Democrats say Christie’s nomination of the Board of Public Utilities president to the state Supreme Court may force both men to answer questions on a topic the governor likely thought was put to bed three years ago.

In the 2006 paper, published in the American Criminal Law Review, Christie and Hanna detail the deferred prosecution agreement between the U.S. Attorney and Bristol-Myers Squibb, instituted as part of a $300 million fraud settlement with Christie’s office.

The two men outline the Bristol-Myers agreement and deferred prosecution agreements in general, saying they offer prosecutors a method to work alongside corporate leadership to “set the corporation on the road of good corporate citizenship.”

The agreements are a way for prosecutors to institute change at a rogue company by installing a set of paramters and a federally appointed monitor to ensure their completion.

“They also permit us to achieve more than we could through court-imposed fines or restitution alone,” the men wrote. “These agreements, with their broad range of reform tools, permit remedies beyond the scope of what a court could achieve after a criminal conviction.”

Deferred prosecution agreements have been widely used by the Justice Department since 2002 when accounting firm Arthur Andersen was found guilty of obstruction of justice, costing thousands of employees their jobs.  The conviction was later overturned. The DOJ has entered into more than 200 of the agreements since then – more than 150 since 2007 alone.

But deferred prosecution agreements like the one in place with Bristol Myers and another awarded to John Ashcroft, Christie’s onetime boss when Ashcroft was U.S. Attorney General and Christie was U.S. Attorney, became a headache for Christie in 2009, during his successful run for the governorship.

The agreement awarded to Ashcroft to monitor Zimmer Holdings was worth as much as $52 million and sparked accusations of cronyism.

The then gubernatorial candidate traveled to Washington D.C. to testify on his use of the agreements, vigorously defending his use of the process.  The heated exchange with congressional Democrats ended with Christie declaring he had a train to catch and walking out of the congressional hearing.

“This should be the end of it, but it won’t be,” Christie told the New York Times, as he left the Capitol. “It’s all politics.”

In all, Christie entered into seven deferred prosecution agreements during his tenure as U.S. Attorney, in one case awarding the contract to David Samson, who later became Christie’s Port Authority Chairman and was on the governor’s campaign payroll and in another, awarding a contract to the firm of friend and fundraiser John Inglesino.  Inglesino, partner Herb Stern, another partner in the firm and the three men’s wives later donated a total of $23,800 to Christie’s campaign for governor.

Hanna no longer worked for Christie when the Zimmer Inc. agreement was entered into. Christie defended the awarding of the contracts as fulfilling one goal – achieving justice.

In the case of Bristol Myers, the men wrote, the agreement allowed them to work with the company toward reform, while not punishing stockholders and innocent employees with onerous fines.

The agreements are used, the men wrote, only when prosecutors feel the corporation is a good candidate to return to good corporate citizenship.

“A prosecutor’s openness to considering deferred prosecution often will reflect a desire to avoid the collateral consequences of conviction and the judgment that the corporation, while guilty of past sins, is likely to return to good corporate citizenship with the firm guidance and watchful eyes provided under a deferred prosecution agreement,” the men wrote.

But at least one Democrat who will ultimately decide Hanna’s fate said the paper will be part of Democrats’ calculation of the nominee.

“While not a game changer, it would negatively impact my opinion of his good judgment,” said one member of the committee. “There have been real abuses associated with deferred prosecution agreements.”

Other Democrats spoken to said the issue is likely not enough to derail Hanna, but as one of the salient issues of the 2009 campaign, deferred prosecution agreements are worth questioning by the committee.

But Republican state Sen. Kevin O’Toole, who also sits on the committee said the co-authored paper means nothing.

“I don’t understand why it would create an issue,” he said.  “It’s not uncommon for professional colleagues to co-write and co-speak on topics of interest.  Bob Hanna is an independent thinker and has proven that wherever he’s been.”

The issue was not raised during Hanna’s last appearance before the Senate Judiciary when he was confirmed as president of the BPU. 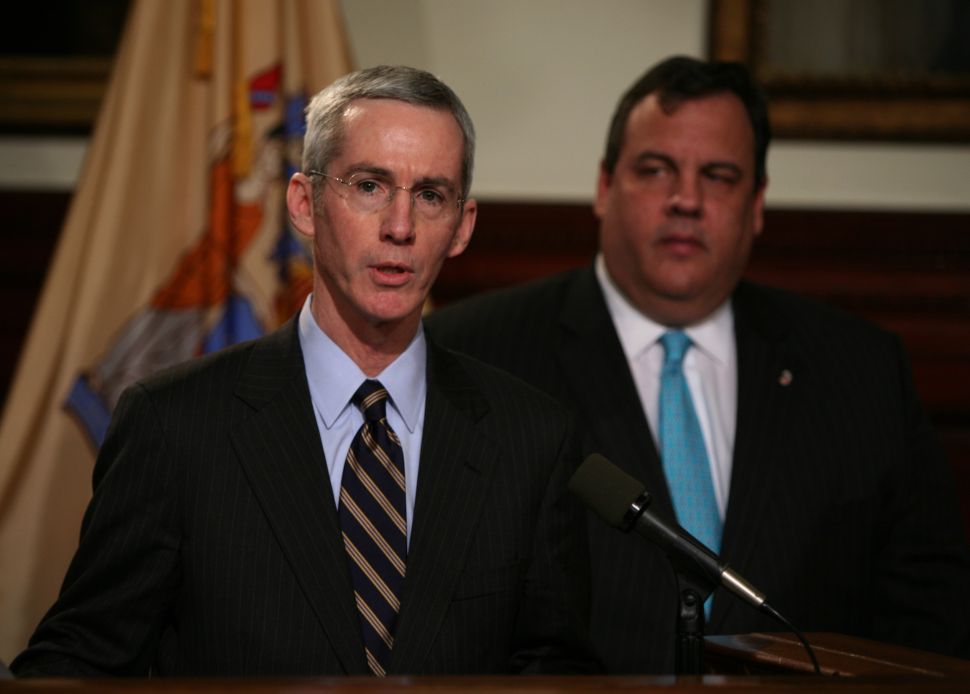