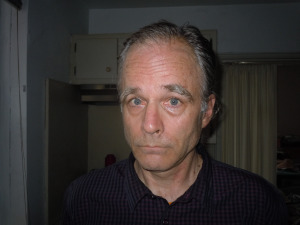 The writers of an open letter to The New York Times regarding two recent pieces by Ken Johnson have received a response from the paper’s culture editor, Jonathan Landman. The group that drafted the letter–Colleen Asper, Anoka Faruqee, Steve Locke, Dushko Petrovich and William Villalongo, who had posted it on the web site ipetition.com–sent it to The Times on Dec. 3, along with the signatures of 1,318 people (the  names of the people who signed anonymously were redacted). The letter asked that The Times respond publicly to Mr. Johnson’s review of “Now Dig This! Art and Black Los Angeles 1960-1980” at MoMA PS1 and his preview of “The Female Gaze: Women Artists Making Their World” at the Pennsylvania Academy of Fine Arts, which the letter claimed “replay[ed] stereotypes of inscrutable blackness and inadequate femininity in the guise of serious inquiry, but that inquiry never happens.” Here is Mr. Landman’s response in full:

Thanks for your letter about Ken Johnson’s reviews. I’m glad to acknowledge that some of Ken’s phrases could have been more precise. He has acknowledged this himself on his Facebook page, where there is lots of lively discussion of the issues you have raised. As Ken wrote, “I can see how my statement that ‘Black artists did not invent assemblage’ taken out of context seems needlessly provocative.”

At the same time, I assume that anyone who believes in the value of healthy debate would condemn any effort to stifle good-faith ideas and those who express them. I am heartened by your assurance that you are not calling for Ken’s resignation or censure, but your letter has been circulating for a couple of weeks as a petition and petitions are meant to produce action. It would be troubling, and, it seems to me, inimical to what I would like to believe is your goal, if the action contemplated by the petition involved some sanction by The Times against Ken, whom you in effect accuse of racism and sexism. To be clear: Ken is guilty of neither of those things.

The bottom line, for me, is that Ken’s work, like any critic’s, is legitimately subject to tough criticism. Yours is welcome and it has properly stimulated all sorts of reaction. Less welcome is any suggestion that The Times should publicly “address” unfair and unsound accusations against him.

The writers of the petition wrote back to Mr. Landman:

Thank you for your response. We welcome your acknowledgement of “imprecise language.” However, our letter speaks to the overall quality and effect of the texts. We remain disappointed that you see our letter and its stated goal as an accusation against an individual rather than a question of the New York Times’ journalistic and editorial rigor.