Ever since Hewlett-Packard delivered its bombshell allegations against Autonomy, the search engine maker that HP acquired for $11.1 billion last year, the dispute between the sides has fallen into a holding pattern: Autonomy founder Mike Lynch speaks, and HP doesn’t.

To refresh your memory, HP said it was taking an $8.8 billion write-down on the value of Autonomy when the Silicon Valley giant announced third-quarter results on November 20. The reason for the massive loss on the newly acquired company? According to HP, accounting shenanigans at Autonomy led to an inflated valuation.

Autonomy founder Mike Lynch has been far more talkative. Since the day HP went public with its claims, Mr. Lynch has taken to a variety of platforms to deny charges that his company cooked the books, wonder aloud whether HP had targeted his old company as a means of distracting investors from disappointing results, and tell anyone who would listen that he’d yet to hear word number-one from HP regarding the allegations.

Today, the Autonomy founder told Bloomberg that he’s yet to hear anything from HP regarding the crooked accounting claims, noting that he was initially informed of the allegations via text message.“We haven’t heard anything from anybody,” he told Bloomberg. “It’s a very strange way of doing things, but we’d love to hear more.”

Also: “Meg is so off of my Christmas card list this year,” he said. 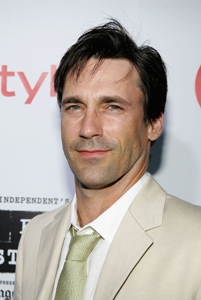