Because rural poverty is hilarious.

The phrase “Southern, white-trashy” is the best indicator you will ever see of why people living in red states are so distrustful of the “coastal elites” and frankly don’t give a good goddamn about what fancy movie people in Los Angeles think about their doings. Trust us, we grew up about 30 minutes from Honey Boo Boo.

Hey, if you’re going to toss around these kinds of terms, at least use them properly: The terms “redneck” and “hillbilly” aren’t actually interchangeable. Redneck is a more generic (derogatory!) term, but typically refers to lowland farmers. The idea is you get the red neck from bending over doing manual labor. Hillbillies live in the hills, dummies. 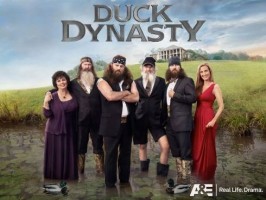