With Newark Mayor Cory Booker fixing his gaze on Senate 2014, the men who want to succeed him are beginning to jockey with renewed intensity.

“I am looking at running for mayor and talking with my colleagues and folks who can contribute,” said Rice. “Labor was very supportive of my Congressional run. I am trying to put together a change ticket for Newark.”

Sources say Rice and Baraka are mostly working in tandem. At some point, one will fold into the other.

“Councilman Ramos is considering running for mayor, exploring the possibility of it, but he hasn’t made a decision yet,” said spokesman Bruno Tedeschi.

A former assistant attorney general and Newark Schools Advisory Board Member, Jeffries has not formally declared but is building a grassroots organization and has told people he is running.

Rice: strengths include experience on the city council and strong family ties to city politics; weaknesses include his fundraising skills and lack of a citywide organization;

Baraka: strengths include his willingness to define himself in opposition to the outgoing Booker and the capacity to focus the sprawling South Ward; weaknesses include his status as a double-dipping councilman and school principal and a perceived profile as an agitator more than executive;

Jeffries: strengths include his exemplary academic record, crimebusting background, family man profile and fundraising ties; weaknesses include a bumpy run on the Schools Advisory Commission that ended in a political turmoil. 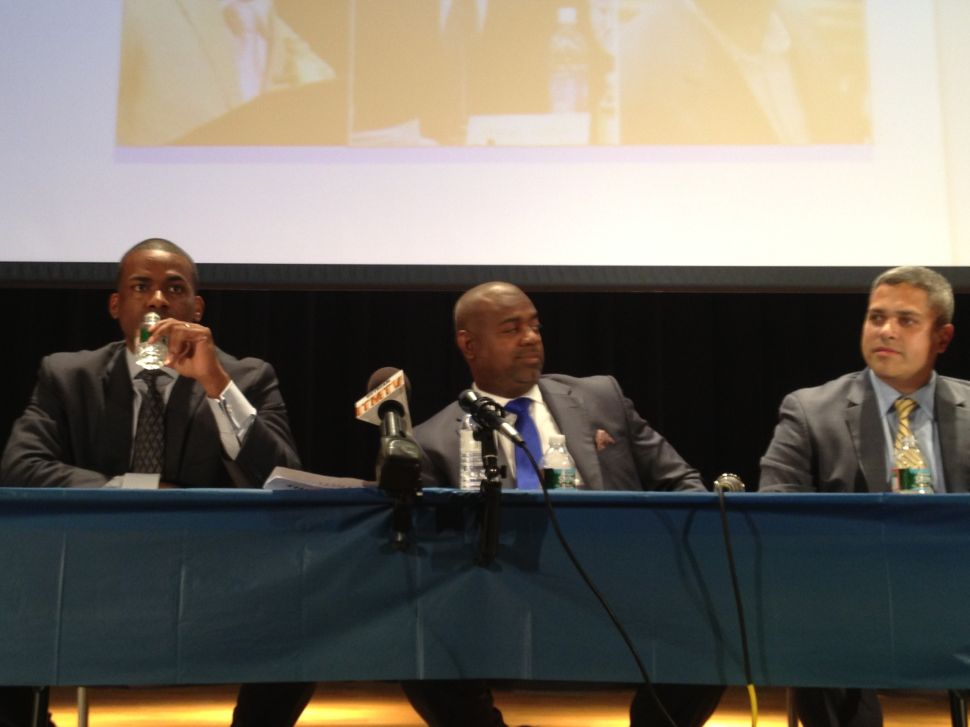