At any startup accelerator, Demo Days are a relentlessly upbeat affair–a parade of promotional pitch decks and stats about market size that somehow always reach up into the billions. But in New York City, Techstars’ biannual showcase takes the cake.

Founded in Boulder, the program launched in New York in 2011 (just as the startup scene cried out for tent poles to rally around) and easily fills auditoriums. Companies often announce “soft-circled” funding or even that the round has already closed. Mayor Bloomberg even called the number of investors who fly to New York to check out presentations, “proof positive that the TechStars is going to change this world and certainly change America and this city.”

Or as TechStars mentor Joel Spolsky put it before introducing one of the startups at Webster Hall: ”Time to get my company oversubscribed.”
END_OF_DOCUMENT_TOKEN_TO_BE_REPLACED 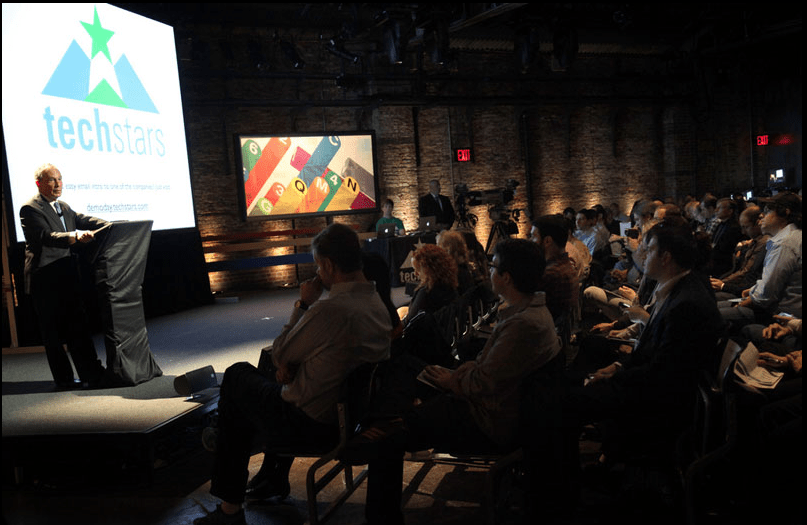