John McAfee, the antivirus pioneer who has spent the last month blogging about his efforts to elude police in Belize, was arrested last night in Guatemala, apparently for illegally entering the country.

It seemed as though Mr. McAfee’s saga had reached a happy ending earlier this week, when he arrived in Guatemala and expressed his intention to marry Sam Vanegas, the 20-year-old Belizean woman who has been his traveling companion throughout his recent travails. But in what was perhaps an inevitable twist to a very strange tale, Mr. McAfee was arrested and taken to jail.

Vice, which has had two journalists traveling with Mr. McAfee in recent days, posted video of the arrest in which an unconcerned Mr. McAfee appears to play a recorder with street musicians moments before piling into a police van.

It’s not all bad news: Mr. McAfee’s lawyer, Telésforo Guerra, who happens to be the uncle of his fiancee, was able to wrangle a stay preventing Guatemalan immigration officials from returning Mr. McAfee to the Belize border until a higher court can review the case.

Meanwhile, Mr. McAfee seems to be getting the type of treatment generally reserved for celebrity fugitives. “I am using the computer of one of the wardens, or whatever title is used here,” he wrote in a blog post titled “Can’t Sleep.”

He is a sweet man and a gentleman.  The world is heavilly populated with gentle people.  He makes me coffee and tells tender stories about his life.  He is a good companion.  I believe I could spend weeks in the desert with him as a sole companion without once becoming irritated.

It’s not exactly the type of treatment he expects if he’s returned to Belize. 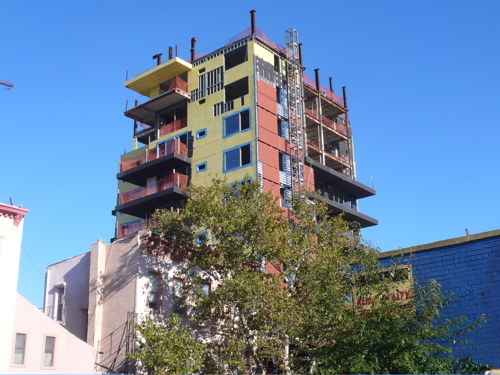