LaPierre said he wants a cop in every school in the country.

“It is beyond belief that following the Newtown tragedy, the National Rifle Association’s leaders want to fill our communities with guns and arm more Americans,” Lautenberg said. “The NRA points the finger of blame everywhere and anywhere it can, but they cannot escape the devastating effects of their reckless comments and irresponsible lobbying tactics.

“The NRA leadership is wildly out of touch with its own members, responsible gun owners, and the American public who want to close dangerous loopholes and enact common-sense gun safety reform.  It is clear that their real priority is to help gun manufacturers sell more guns—not to protect our children or Americans’ rights.  The extreme rhetoric of Wayne LaPierre and the NRA is disturbing and dangerous, and will only exacerbate America’s deadly culture of gun violence.”

Lautenberg introduced the “Large Capacity Ammunition Feeding Device Act” to prohibit the manufacture and sale of ammunition magazines that have a capacity of, or could be readily converted to accept, more than 10 rounds of ammunition. 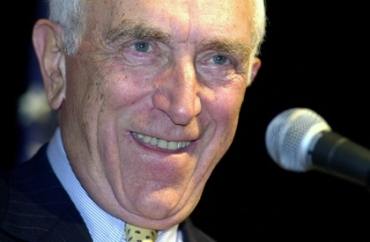