A group of leaders representing some of Jersey City’s Latino community today endorsed Steven Fulop for Jersey City mayor in the non-partisan May election.

The endorsements come from current and former elected officials, public servants, political and community leaders, including the only elected Latino leader on the city Democratic committee, the past president of the Jersey City Roberto Clemente Little League, and the president of the oldest Latino parade in the state – The Jersey City Puerto Rican Day Parade.

“Over the years that I have had the pleasure to serve with Steven Fulop on the City Council, I have gained a tremendous amount of respect for him,” said Lopez, who ran on Mayor Jeremiah Healy’s ticket in the previous election. “I have seen how hard he fights for his constituents and much he cares about every resident of the city. I know Steven will be a terrific mayor and I am proud to support him.”

Maldonado said Fulop has built bridges over the years with members of the Latino community because he understands that Jersey City’s strength is its diversity.

“Steven Fulop will be an inclusive mayor who will reach out to all the diverse communities in Jersey City to ensure we all have a seat at the table,” Maldonado said. “Jersey City can only be great when all its residents feel they have a say in the direction of the city.”

Last week, Fulop was endorsed by Hudson County Freeholder William O’Dea and Bishop Reginald T. Jackson, one of the most prominent African-American religious leaders in the state, along with more than a dozen Jersey City clergy. Fulop has also been endorsed for mayor by U.S. Rep. Donald Payne Jr., a Democrat whose district extends into portions of Jersey City. 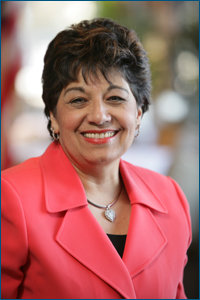