In her new role, McPherson will be coordinating Millennium Strategies’ marketing, streamlining business development efforts, and applying her expertise of local and county government to better serve the firm’s clients, according to a release.

“We are excited to be adding Bernadette to our team and expanding our marketing efforts throughout New Jersey and Pennsylvania,” said principal Ed Farmer. “Bernadette is a tireless worker with a strong intellect, who can not only help us grow our firm, but also add invaluable counsel to our current roster of clients.”

She has in the past entertained a challenge to state Sen. Paul Sarlo (D-36). At Assemblyman Gary Schaer’s (D-36) holiday fundraiser on Tuesday she told PolitickerNJ.com, “no comment.”

“Bernadette has valuable firsthand experience working as a local and countywide elected official that will help us better serve our clients,” said principal Sue Scavone. “With her extensive network and professional connections, I am confident that she can help our firm reach new heights in 2013 and beyond.”

In 1999, McPherson was first elected to office as a Councilwoman in Rutherford, New Jersey. She went on to serve as the Mayor of Rutherford from 2000 to 2007. As a member of the Bergen County Board of Chosen Freeholders from 2003 to 2011, she served as Director in 2004 and 2005 and chaired the Law and Public Safety Committee from 2004 to 2010. Since August 2011, she has served as an Adjunct Assistant Professor at John Jay College of Criminal Justice.

“I’m  honored to be associated with Millennium Strategies and its Principals, Ed Farmer and Sue Scavone, who have a proven track record of integrity, quality, and results.  My role with Millennium is a natural extension of my work as a Mayor and a Freeholder, and allows me to continue doing what is important to me,” stated McPherson. “Millennium Strategies is one of the best in New Jersey in securing grants and new revenue sources to provide vital assistance  for local and county governments. I look forward to being a part of its continued growth in the future.” 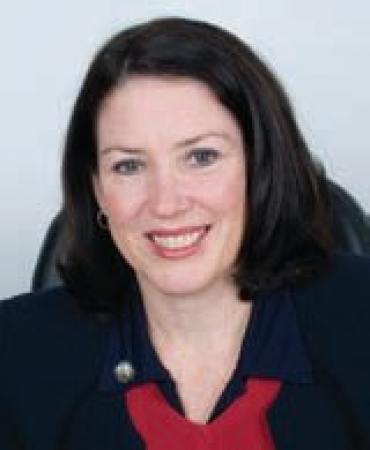