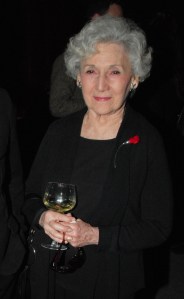 The New York Library released the designs for its $300 million Norman Foster–helmed renovation, following criticism from a very displeased Ada Louise Huxtable and others that it was being secretive about the project. [NYT]

“Considering this is one of Manhattan’s top galleries it’s a bit disconcerting that it’s laid out like a rabbit warren.” Brian Droitcour reviews Gagosian’s 980 Madison Avenue headquarters on Yelp. [Yelp]

Christian Viveros-Fauné reviews the current Huma Bhabha show at MoMA PS1: “With Rauschenberg, the radical impulse was always to seize the world. With Bhabha, the world is captured, but largely through history. [Village Voice]

Frieze begins its look back on 2012, with contributions from Dan Fox, Summer Guthery, Anthony Huberman, Quinn Latimer and more. [Frieze]

“Do you know me? I’m one of the best-kept secrets in the art world.” [MTV]