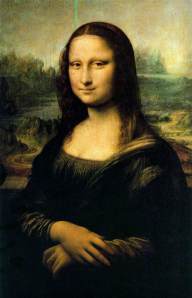 “A team of Italian researchers intends to piece together the skull of Lisa Gherardini, supposedly the subject of Leonardo da Vinci’s 16th century masterpiece Mona Lisa, so they can determine whether the painting’s iconic smile belonged to her.” [Slate]

Lots of hair selling at auction these days. [NYT]

Here’s a tour of the new Broad Museum at MSU. [The Telegraph]

Commissioned street art doesn’t always go over well so well with the locals. [The Atlantic]