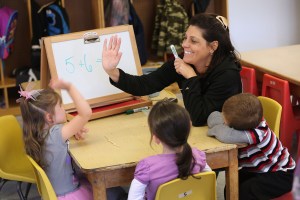 “‘I was a pretty pretentious kid,’ [Nate Lowman] said, speaking of his childhood on the West Coast, as he moved from the studio on Franklin Street to the messy loft upstairs where he lives, with the blinds mostly drawn. ‘I was always making art.'” [NYT]

Archaeologists in Rome have discovered a 900-seat arts center built by the emperor Hadrian in 123. [The Guardian]

In case you missed it: Gary Carrion-Murayari, curator at the New Museum, and Karen Wong, deputy director there, blogged about their visit to Miami Basel. Mr. Carrion-Murayari gives a shout-out to the wonderful Daniel McDonald assemblage—a witch mask on a green violin—that Audio Visual Arts had on view at NADA. [Six Degrees]

Critic Brian Sewell, promoting the second volume of his autobiography, recently gave a talk at London’s Victoria and Albert Museum, recalling a sex act he performed for Salvador Dalí and questioning the attribution of a few paintings. [The Art Newspaper/In the Frame]

The Vatican has announced that it will vacuum and cool people before they enter the Sistine Chapel in order to protect its frescoes. [The Guardian]