Philip Thigpen, president of the New Jersey Electors, collected and read the electors’ ballots and declared that Obama and Vice President Joe Biden secured New Jersey’s 14 electoral votes. The declaration garnered cheers and applause from inside the New Jersey Senate chambers, where the ceremony was held.

New Jersey’s Secretary of State, Lt. Gov. Kim Guadagno, began the ceremony with a moment of silence for the victims of the deadly school shooting in Newtown, Conn.

Guadagno then stressed the importance of the process, saying “it serves as a vivid reminder of the foresight of the founding fathers.”

“For the 57th time in New Jersey’s history, the college of electors will gather in Trenton to formally choose the president and vice president of the United States,” she said. “This process, unique to the United States and completed every four years, is far more than simply a constitutional formality.”

Assemblyman John Wisniewski, (D-19), chairman of the New Jersey Democratic State Committee, spoke about the importance of compromise in the nation’s political system and stressed the importance of the ceremony.

“Votes casted here today will make their way to Washington D.C.,” he said.

The other 2012 New Jersey electors are: 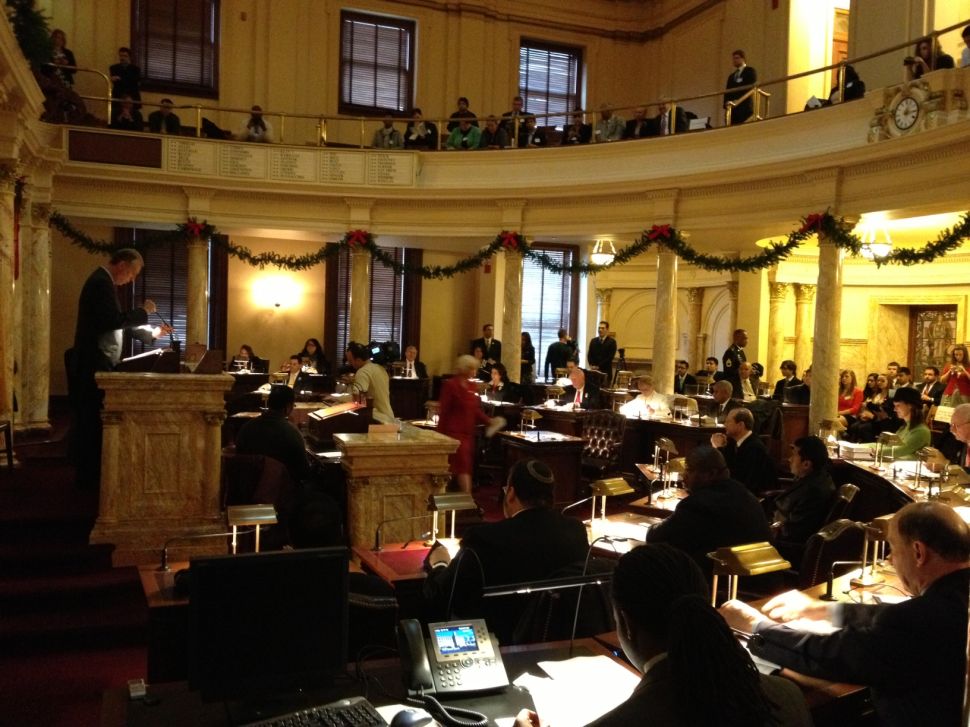