Update: A source calls the layoffs “a bloodbath” and estimates that half the editorial staff will be gone.

Newsweek’s print edition is ending in a matter of weeks, and the anticipated staff changes have already begun. Layoffs are expected to be announced this afternoon, a tipster tells us. Meanwhile, we hear that a few editors are proactively jumping ship.

Damon Linker, Newsweek’s commentary editor,  is decamping to teach at Penn and iPad editor Melissa Lafsky is leaving for a start-up, a source tells us.

“I am pleased to announce some very important promotions that strengthen our organization as we commit to our digital future,” Ms. Brown wrote in her memo, Capital New York reported.

We will update when we know more. Tips? Send them over: ksmoke@observer.com.

“The sad moment has arrived when we must go forth with the editorial staff reductions that we discussed in person with all of you several weeks ago,” the memo says.

To: All Staff
From: Tina Brown / Baba Shetty

The sad moment has arrived when we must go forth with the editorial staff reductions that we discussed in person with all of you several weeks ago. Employees in the affected positions will be notified today. Much of this has already happened on the business side, and today we will be letting staff on the editorial side know where we will be eliminating positions. This is a very difficult day, and one that we approach with enormous regret.

Anyone whose job (or job category) is affected will meet today with a senior member of the editorial team. No one will be asked to leave before December 31st (and many will stay at least into mid-January). Managers will be getting in touch later this afternoon with groups of affected employees to let them know when and where their particular meeting will take place. After the meetings with management, you should feel free to speak with Holly Antiuk or Lauren Strada for more specifics on all aspects of this transition. We are working to ensure that the process is handled as sensitively as possible. 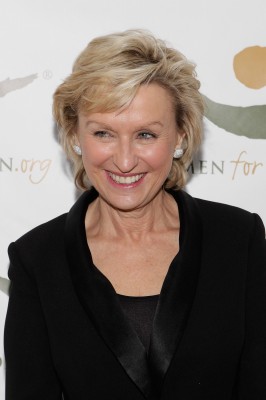