TRENTON – Legislation that would increase the state’s minimum wage is on its way to the governor’s desk, but it won’t be the last time before the end of the year Assembly lawmakers vote on such a proposal.

Assembly Speaker Sheila Oliver told reporters Monday, shortly after the lower chamber voted 44-31 with one abstention, by Ronald Dancer, R-30, Plumsted, to send a proposal to Gov. Chris Christie, that the Assembly will be voting on a proposed constitutional amendment in the coming weeks.

The proposal – which needs to clear both houses in 2012 and 2013 before it can go to voters by way of a ballot question – would amend the state’s Constitution to include a minimum wage increase and annual cost of living adjustments.

“We do intend to put that bill up before the end of the year,” said Oliver, explaining both chambers want “to be armed” with a backup proposal if the governor vetoes the legislation recently voted on by both chambers. 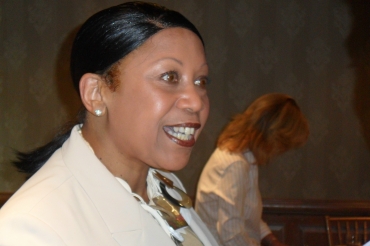