House Minority Leader Nancy Pelosi today nominated Congressman Rob Andrews (D-1) to join the Democratic Leadership team as co-chairman of the Steering and Policy Committee for the 113th Congress. Following the nomination, Rep. Andrews was elected to the position by a unanimous vote of his colleagues.

The House Democratic Steering and Policy Committee is led by Leader Pelosi, who appoints two co-chairs to assist her on the committee. Congressman Andrews was selected to lead as Co-Chair for Policy, where he will be tasked to help shape and advance the Democrats’ agenda in the upcoming Congress. The Committee is also responsible for recommending Members for various appointments and committee assignments. Andrews will participate in determining committee assignments for all Democratic members, and will help oversee the process of choosing the Democratic leaders of all House committees.

“I am humbled and honored that Leader Pelosi has given me this opportunity to serve my Caucus and help guide our best ideas into meaningful policy for the middle class,” said Andrews. “I look forward to working with my colleagues to build a bipartisan agenda that addresses the needs of everyday Americans who are struggling to find work, health care, and a good education.”

In his Chairmanship, Rep. Andrews joins Congresswoman Rosa DeLauro (CT-03), who was reappointed to serve as Co-Chair for Steering. DeLauro and Andrews will serve as key advisers to Leader Pelosi as the Democrats work to build on their successes in the 2012 election, which saw the party increase its ranks from 192 members to 200 members.

The Committee includes members of the elected leadership, Ranking Members of the exclusive committees and representatives appointed by the leadership and selected from each region of the country. 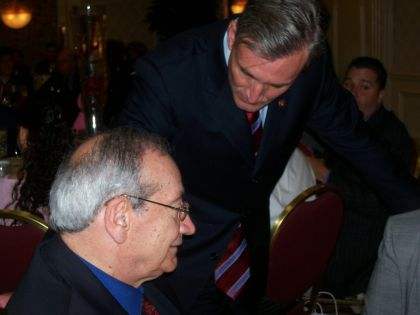