A Bushmaster M4 .223 caliber rifle similar to the one used by Adam Lanza. (Photo: Bushmaster.com)

In the aftermath of the horrific killings in Newtown, Connecticut, Cerberus Capital Management, L.P., the politically-connected private equity firm behind Freedom Group, the company that made the gun used to kill all 26 victims in the shooting announced they are planning to sell their investment in the gunmaker. In a statement sent out in the wee hours of this morning after Politicker reached out for comment on a story about former Vice President Dan Quayle’s connection to Cerberus, the firm attributed the decision to the fact “the Sandy Hook tragedy was a watershed event that has raised the national debate on gun control to an unprecedented level.”

“We were shocked and deeply saddened by the events that took place at the Sandy Hook Elementary School in Newtown, CT on December 14, 2012,” the statement said. “We cannot comprehend the losses suffered by the families and friends of those killed by the unthinkable crimes committed that day. No words or actions can lessen the enormity of this event or make a dent in the pain that was inflicted on so many.”

Cerberus formed Freedom Group in 2006 after purchasing Bushmaster, the company that made Newtown killer Adam Lanza’s assault rifle. It subsequently purchased several other gun companies making Freedom Group one of America’s largest firearms businesses. The statement announcing Cerberus’ plans to proceed with a sale of Freedom Group said businesses should not try to “shape or influence the gun control policy debate.”

“We do not believe that Freedom Group or any single company or individual can prevent senseless violence or the illegal use or procurement of firearms and ammunition,” the statement said. “It is apparent that the Sandy Hook tragedy was a watershed event that has raised the national debate on gun control to an unprecedented level. The debate essentially focuses on the balance between public safety and the scope of the Constitutional rights under the Second Amendment. As a Firm, we are investors, not statesmen or policy makers. Our role is to make investments on behalf of our clients who are comprised of the pension plans of firemen, teachers, policemen and other municipal workers and unions, endowments, and other institutions and individuals. It is not our role to take positions, or attempt to shape or influence the gun control policy debate. That is the job of our federal and state legislators.”

Despite the company’s desire not to be involved in the gun control debate on a political level, Cerberus described its plans to sell Freedom Group as a way to “meet our obligations to the investors whose interests we are entrusted to protect without being drawn into the national debate.”

“There are, however, actions that we as a firm can take. Accordingly, we have determined to immediately engage in a formal process to sell our investment in Freedom Group,” said the statement. “We will retain a financial advisor to design and execute a process to sell our interests in Freedom Group, and we will then return that capital to our investors. We believe that this decision allows us to meet our obligations to the investors whose interests we are entrusted to protect without being drawn into the national debate that is more properly pursued by those with the formal charter and public responsibility to do so.”

Other companies involved in the sale of weapons have also gotten out of the business in the immediate aftermath of the Newtown killings. Dick’s Sporting Goods has suspended sales of some semi-automatic weapons at their stores nationwide in the wake of the incident and Wal Mart, which represented 13 percent of Freedom Group’s sales in the past three months, has stopped online sales of the company’s Bushmaster assault rifle that was used by Lanza.

In its most recent quarterly report to investors Freedom Group noted it could be adversely affected by proposed gun control regulations:

“The manufacture, sale and purchase of firearms and ammunition are subject to extensive governmental regulation on the federal, state and local levels. Changes in regulation could materially adversely affect our business by restricting the types of products we manufacture or sell or by imposing additional costs on us or our customers in connection with the manufacture or sale of our products. Regulatory proposals, even if never enacted, may affect firearms or ammunition sales as a result of consumer perceptions. While we do not believe that existing federal and state legislation relating to the regulation of firearms and ammunition had a material adverse effect on our sales, no assurance can be given that more restrictive regulations, if proposed or enacted, will not have a material adverse effect on us in the future.”

Though Freedom Group had over $200 million in sales in the three months that ended September 30, the company did not seem to be wildly profitable for Cerberus, which has an approximately $20 billion portfolio. In the first nine months of this year, Freedom Group made just $500,000. During the same period in 2011, the company lost $6 million. 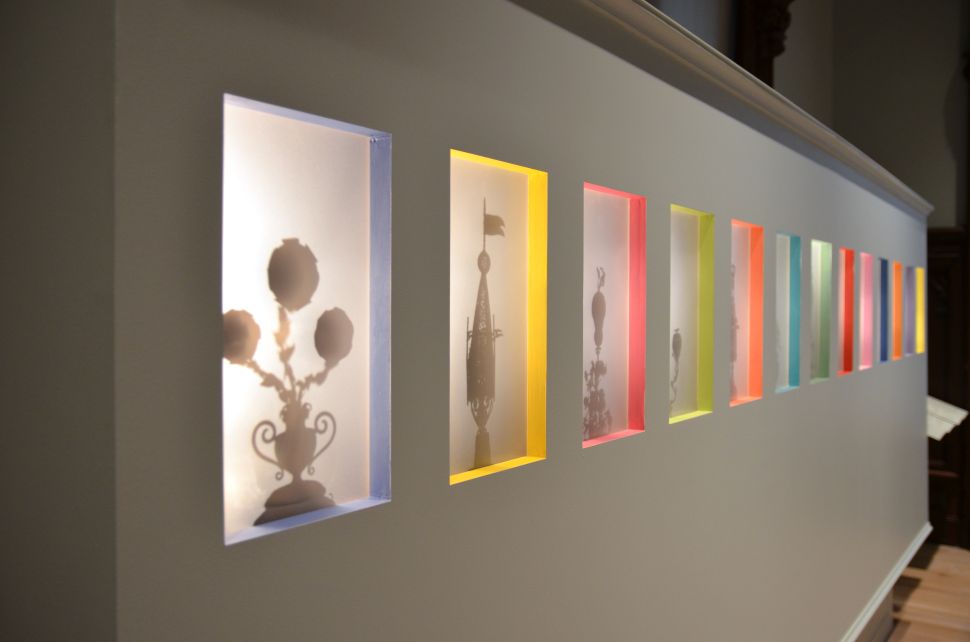