While it seemed like the bicycle backlash of a year ago had finally cooled off, and those larcenous lanes were here to say—won’t someone think of the motorists!—the cold war is back this winter. The Columbus Avenue bike lane expansion was rebuffed by the local community board, bike share has been delayed a few extra month, Steve Cuozzo thinks bikes are a cancer on the city (O.K., so what else is new?), and now opponents of the Prospect Park West bike lane have finally won a court case.

After complaints over the lane were ignored in court in the spring, Neighbors for Better Bike Lanes appealed the results to a higher court, which today ruled that the lower court had to reconsider the case on technical grounds. The Appellate Division of the State Supreme Court ruled unanimously that judge Burt Bunyon erred in dismissing the case as lacking merit, and now a hearing must be held over the lane (you can read the one-page decision here).

The politically connected Neighbors group, which counts Iris Weinshal, Chuck Schumer’s wife and the former DOT commissioner, and Borough President Marty Markowitz among its backers, argued that the lane was a trial until last year, and thus there was time for the group to file a challenge to the lane. Judge Bunyon, however, found that the statute of limitations for the suit had lapsed. The appellate court found that time was not up for a legal challenge, but neither did the judges rule that the lane was wrong, simply that hearings as to its appropriateness had to be heard.

Indeed, the city’s Department of Transportation is holding today’s decision up as much as a victory for itself. “We’re confident that the Prospect Park West bike lane is here to stay,” spokesman Seth Solomonow said in an email. “We’re very pleased that three of the four causes of action were dismissed by the Appellate Court, which also returned to the trial court one claim for a limited finding on a technical issue. We are fully confident that the trial court will decide that there is absolutely no merit to what is left of this case.”

Opponents of the lane have been calling for legal discovering all along, insisting the city was hiding something—without any proof, but the suggest that something was being hidden creates an implication that is hard to deny. Now, they may get their day in court, but it still does not ensure a victory.

“We are gratified by the Court’s decision, and we look forward to finally forcing the truth from the Department of Transportation,” Jim Walden, the Neighbors’ attorney, said in a statement. “As we have maintained all along, DOT broke the rules, fudged the data, and orchestrated actual harassment against people who disagreed with its tactics. It is just shameful.”

Or delightful, if you’re a cyclist. “In the meantime, local residents will continue to enjoy the safety that this community-requested and supported lane has provided every day for the last two and a half years,” Mr. Solomonow said.

Repeatedly, the lane has been overwhelmingly supported in local surveys and community board votes. 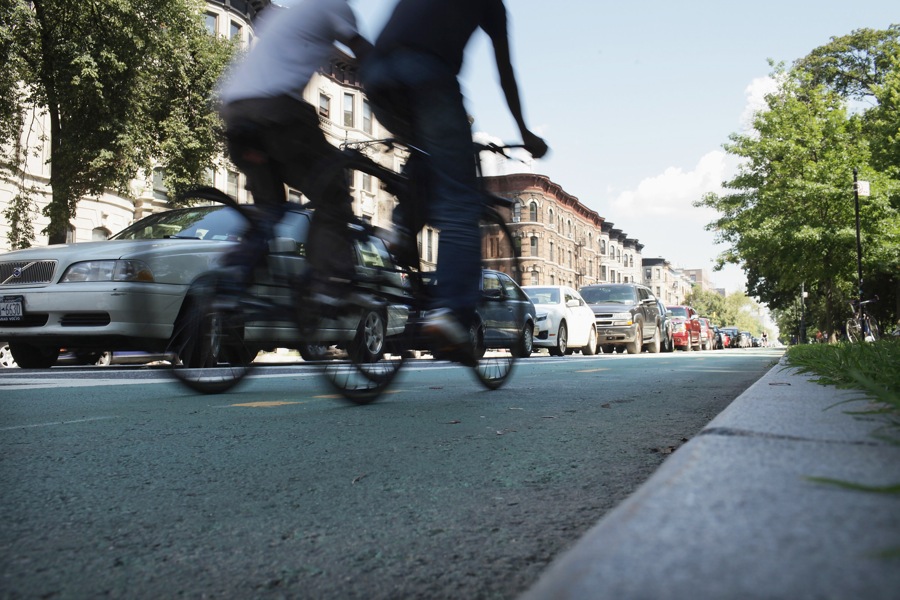