r/findmeaparkingspace ParkWhiz, the Chicago company that enables users to find and reserve guaranteed parking spaces before reaching their destination, today announced that it has closed a $2 million Series A round of funding led by Hyde Park Venture Partners. Reddit’s Alexis Ohanian also took place in the round along with Hyde Park Angels, Amicus Capital, and others. In a press release sent to Betabeat, the company said that since its launch in 2006, it has driven $10 million in parking revenue to parking operators and provided access to 3 million parking spaces nationwide.

Fab Goes To India Jason Goldberg, the founder and CEO of Fab, took to his personal blog yesterday to announce that his company had acquired new funding. Times Internet, the digital arm of The Times of India Group, India’s largest media company, has chosen to invest in the company. Mr. Goldberg notes in the post, “As part of this investment Fab will be working with Times Internet to explore and execute on our India market strategy in the coming years.” Since launching in June 2011, Fab has raised over $150 million from investors.

Tumblr For Your Tablet Tumblr just updated its Android app to support use on tablets that run on Android. So if you’ve taken some cool black and white pictures of ladders next to lakes, you can now upload them straight to your Tumblr with ease. Thank the artsy lord.

Disruption Gets You On The Nice List Harold DeLucia, a 27-year-old New York City public school teacher from Astoria, Queens, and Josh Lanzera, 29, a construction foreman from the upper West Side, are the founders of NYC Trees Direct, an online Christmas tree ordering service. The two New Yorkers saw a open market and went for it, investing $6,000 of their own money into the seasonal business.

Go Back To School NYU’s Center for Urban Science and Progress (CUSP) in Downtown Brooklyn announced this week that the New York State Education Department has approved its curriculum. Now that New York believes it’s a real school, the University is now accepting applications for the fall semester of 2013. CUSP’s website has the application up now. Please post videos of yourselves opening your acceptance letters to YouTube.

The September App Bloglovin’, the blog reader for fashion and lifestyle blogs, just launched its first iOS app. The company says that it has 1.8 million members as of this December. The company raised $1 million back in July in seed round funding from investors such as Betaworks, Lerer Ventures, RRE Ventures, Bruce Jaffe, Hank Vigil, Fritz Lanman and others. In a press release sent to Betabeat, Bloglovin’ cofounder and CEO Mattias Swenson said, “Our goal with our seed-round was to build an fantastic app that would bring people an optimized and highly visual reading experience. So it’s great to finally see it in the app store!”

Learn About Your New Hood Spun is a news discovery app that shows you stories based on your location. It was recently launched by the same team that made Broadcastr and Electric Literature. It could definitely be useful to fresh New York transplants. AOL gave the new version of the app a nice tour and it looks pretty cool.

School Mascot Is The Rose H. Bloom, a subscription based flower delivery service, is expanding its efforts to educate its employees. Right now they have the SEED (Startup Education and Entrepreneurial Development) Program, that shows current employees to make a big local impact. But starting this week, the company is using a new program called H.Bloom University, a six-month program that educates current employees in leadership and business.

The Customer Is Always Right Gripevine, a site where you can complain about customer service and review companies, just launched an updated version of their site. It now includes ratings and reviews. The same team also launched Resolution 1, a tool for businesses that lets them manage feedback from multiple sources at once. 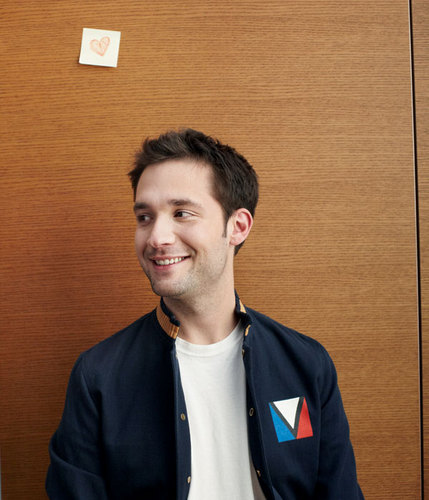