The Rices went on an anti-Booker tirade tonight at a fundraiser for Newark West Ward Councilman Ronald C. Rice – a likely 2014 candidate for mayor.

A month after Booker’s allies attempted to seat Shanique Speight to block John Sharpe James from the at-large council seat, the younger Rice threw his support behind James in the November 2013 special election.

Grabbing the microphone to renewed claps, state Sen. Ronald L. Rice announced his intention to run for re-election – on or off the line.

Among those in the room in defiance of Booker was state Sen. Barbara Buono, (D-18), Metuchen, who’s already announced her gubernatorial bid as the mayor of New Jersey’s largest city mulls his own run. 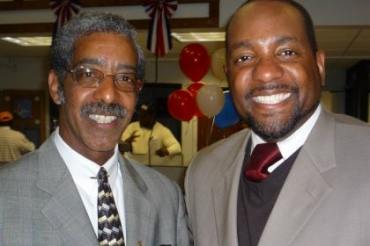