Most of Mr. Diaz’s “wishes” for next year involve the new leadership in the State Senate. He expressed his hope State Senator John Sampson, who just lost his position as leader of the Democrats in the chamber, will “find better and more faithful friends.” Mr. Diaz also wished for the new Democratic leader, Andrea Stewart-Cousins, to “buy a back-stabbing-proof vest.”

The leadership coalition between the breakaway Independent Democratic Conference and the State Senate Republicans has been sharply criticized for lacking any minority members besides IDC State Senator Malcolm Smith. In his New Year’s list, Mr. Diaz echoed this criticism when he wished for Mr. Smith “to find another minority to join him in order for him not to be the only Uncle Tom in the house.” He also predicted the IDC’s expectation the Senate Republicans will back a “progressive agenda” will prove wrong and wished for the dissident Democrats to have “a parachute to allow them to make their landing easy and soft” when the GOP pulls back their support.

Gov. Andrew Cuomo has argued it is his job to remain above the fray in the various State Senate leadership disputes. However, Mr. Diaz, like some other Democrats, clearly thinks the Democratic governor should have done more to fight the coalition and support a Democratic majority in the Senate. One of his New Year’s wishes was for Gov. Cuomo “to be honest enough to admit that he has been the creator of the mess in the New York State Senate.”

As usual, Mr. Diaz’s missive also included a reference to his closest former colleagues in the State Senate: Carl Kruger, Hiram Monserrate and Pedro Espada. Mr. Diaz is the last remaining member of these “Four Amigos” still in the Senate. Mr. Kruger received a seven-year prison sentence after a bribery case in April. Mr. Monserrate was expelled from the State Senate in 2010 after being convicted of slashing his girlfriend with broken glass and was sentenced to two years in prison on an unrelated corruption charge earlier this month. Mr. Espada pleaded guilty to corruption charges in October and is now facing up to a decade in prison. After this tough year for the “Amigos,” Mr. Diaz said he hopes they can “get together in 2013 while they are away and write a book” giving the IDC instructions on how to deal with the Senate Republicans.

Along with weighing in on the Senate leadership situation, Mr. Diaz’s list included a slam directed at State Senator Adriano Espaillat, who unsuccessfully ran for Congressman Charlie Rangel’s seat in the House of Representatives this year. Mr. Diaz said Mr. Espaillat should “get a big handkerchief to wipe away his saliva” in 2013 because Mr. Rangel “will be there for many years more” and former Assemblyman Adam Clayton Powell IV is “warming up in the bullpen.”

This year on December 31st, when I bend my knees in church and make my New Year’s resolutions, you should know that I will be making the following political wishes for some people:

2. For reporters Bob Kappstatter, from the Bronx Times and Jim Odato from the Times Union, to learn how to be impartial and objective journalists.

3. For Senator Jeff Klein and his Gang of Four, to find a parachute to allow them to make their landing easy and soft when Senator Dean Skelos and the Republicans – fearing the Conservative Party – reject their support for a progressive agenda, leaving the Gang of Four out in the cold.

4. For Senator Malcolm Smith, to find another minority to join him in order for him not to be the only Uncle Tom in the house.

5. For Assemblyman-Elect Luis Sepulveda, to take it a little bit easier with a little more patience and wait for his time, because it will come.

6. For my three friends, Carl Kruger, Pedro Espada, and Hiram Monserrate, to try to get together in 2013 while they are away and write a book instructing Jeff Klein and the Gang of Four how to deal with Dean Skelos and what to expect from him.

7. To Senator Andrea Stewart-Cousins, to buy a back-stabbing proof vest.

8.  For Senator Adriano Espaillat, to get a big handkerchief to wipe away his saliva because Charlie Rangel will be there for many years more – and aside from that, Adam Clayton Powell is warming up in the bullpen.

9. For Governor Andrew Cuomo, to be honest enough to admit that he has been the creator of the mess in the New York State Senate.

10. As for myself, should these nine other wishes come true, that I will be able to take a break and keep my mouth shut.

This is Senator Reverend Rubén Díaz and this is what you should know.  Merry Christmas and Happy New Year to all! 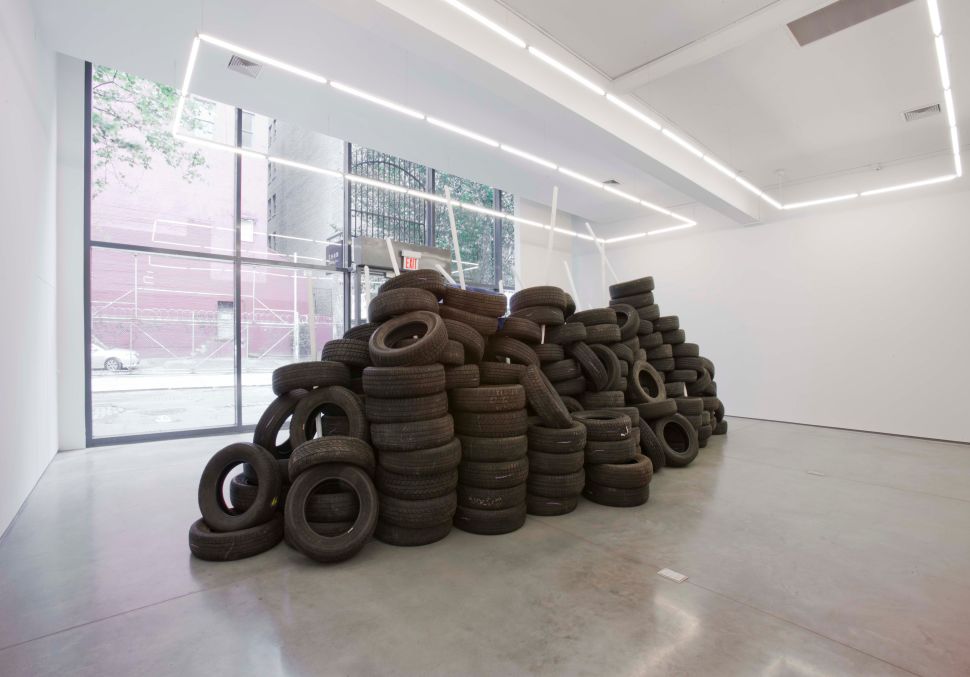