Winter, which technically doesn’t start until Friday, came early this year—at least for the media industry. As we first noted in October, a 2008-vintage chill has set in at newsrooms across the city, the kind of cold that not even an extra jacket or a warming alcoholic beverage can shake. (Although, as we recently read in the Times, writers don’t drink so much anymore.) Fingers were too numb to type, and (it turns out) you can’t flip the pages of an iPad newspaper with gloves on.Newsweek announced it was no longer going to print Newsweek. There were layoffs at Hearst and Condé Nast. Martha Stewart Living announced cuts, and not with hand-engraved cards, either. No need to RSVP. The New York Times encouraged early retirement, and Rupert Murdoch’s grand iPad experiment came to an end, just in time to turn a holiday party into a wake. Media winter, 2012-style.

But amid the doom and gloom (and it sure has been gray out there recently), there have been some beacons of hope. Some people managed to find a fire to warm their hands over. And hopefully—this is our heartfelt year-end wish—the heat will rise. So let’s close out the year with a look at those who managed to continue skating atop the ice.

Jesse Angelo left the frozen zone of the now-defunct Daily for the perpetual warmth of The New York Post, where he has been installed as publisher. Former Page Six impresario-turned-Daily Hollywood bureau chief Richard Johnson also returned to the heat of the Post after the iPad newspaper shuttered its tablet newsstand. Mr. Johnson was not the only one who kept warm in L.A.’s more temperate climate. Cord Jefferson is still good, despite GOOD magazine laying off most of its staff over the summer. Mr. Jefferson now keeps warm in the California sunshine as Gawker’s West Coast editor.

Mike Nizza, The Daily’s former news editor, will continue to blaze a digital future as editor of Esquire digital, the online presence of Hearst’s gentleman’s mag. No word on whether he will need a new wardrobe, but his new boss,David Granger, made a point of praising his style in the hiring announcement. Speaking of the well-dressed and tech-savvy, Scott Dadich left Condé Nast corporate–where he was VP of editorial platforms and design–to replace Chris Anderson as Wired‘s editor in chief. Mr. Anderson, one step ahead of humans, left the Condé day-to-day to focus on robotics.

On the Newsweek front, Dirk Barnett, creative director in charge of those buzzy (and buzzed-about) covers, left Tina Brown’s soon-to-be-digital-only ship back in August for the masthead of The New Republic, which is flooded with Chris Hughes’s Facebook cash. Tina-whisperer Justine Rosenthal, meanwhile, capped a quick ascent by being named editorial director of the Newsweek Daily Beast Company.

These are the lucky ones. Even Clark Kent could no longer take life at The Daily Planet. Mr. Kent left the corporate newspaper after a fit of self-righteousness in October. Although it seemed to be his choice, perhaps he saw the writing on the wall? No word on when that will happen next—he planned to start a blog, as one does—but he still has his night job.

For all the recently laid-off media folks who don’t have capes and superpowers to fall back on, here’s hoping that spring doesn’t dally in 2013. 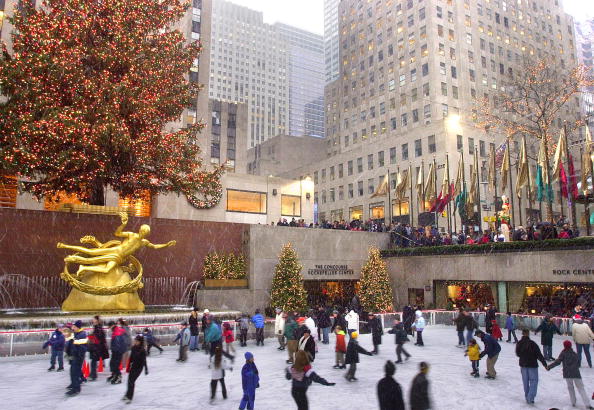 Filed Under: Media, Off the Record, Media Winter Redux