The Somerset Dems are the second countywide organization to endorse Buono, following on the heels of the Middlesex County Democratic Committee, Buono’s home county organization.

The endorsement came at the county organization’s holiday party.

Veteran Chairwoman Peg Schaffer made the announcement to applause.

“Senator Barbara Buono is the strongest candidate our party has to challenge Governor Christie this November,” said the chair. “We can win this race if we have a candidate who will excite Democrats and Independents and I firmly believe Barbara Buono is that candidate. She is someone who has shown time and again that she represents the Democratic wing of the Democratic Party. Whether it is standing up for marriage equality, protecting a woman’s right to choose, standing up for teachers and policemen and women, protecting our environment or fighting to strengthen our middle class, Barbara Buono stands for the core principles of the Democratic Party. I am pleased to endorse her candidacy,” stated Somerset County Democratic Chairwoman Peg Schaffer. 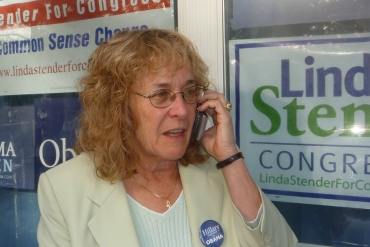